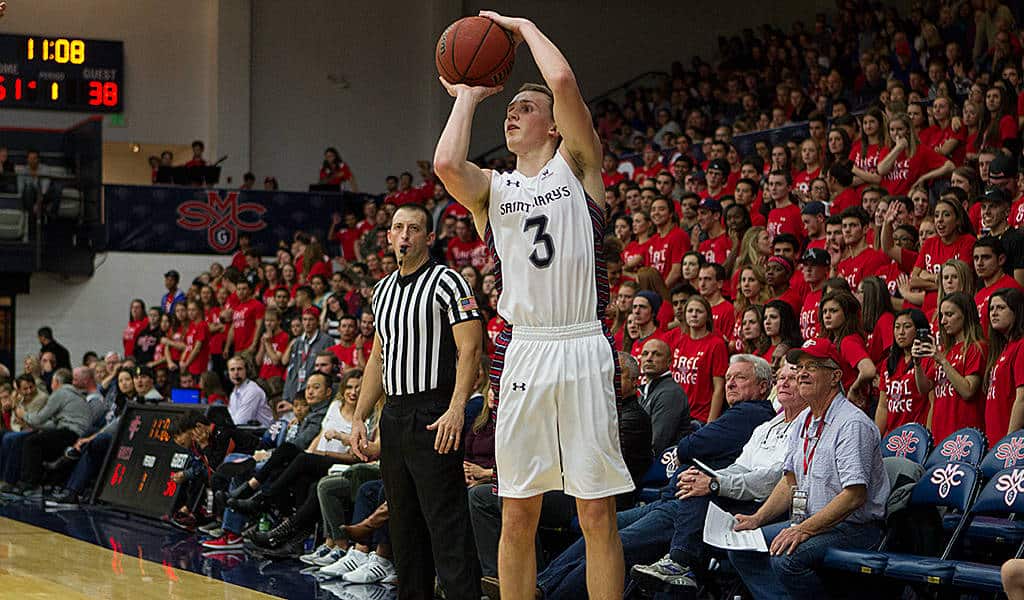 The Gaels had the best field goal percentage and the best assist to turnover ratio of the nation, making them the most efficient offence, and all the key pieces will be back this season to challenge Gonzaga once again in the West Coast Conference. The goal is to qualify to the Ncaa tournament, after being left out last year. If this half-American half-Australian roster will repeat its performances from last season, it will be impossible to ignore them again. And of course, the most interesting freshman is from Australia: Jock Perry is a 7 footer who might add a new wrinkle to coach Randy Bennett‘s gameplan.

After losing the whole starting five and with no seniors at roster, Saint Mary was expected to have a bad season, and with good reasons too. The Gaels, though, won the WCC regular season  and reached the conference finals, where they lost to Gonzaga. Their participation to the tournament remained up in the air until the very last, but they ended up with an invitation to the NIT, where they lost in the first round against Valparaiso.

He has been coaching SMC since 2001, and despite limited talent he always shaped tough teams. Their games are not much for the aesthetics, but it is hard to play against a team that tends to mirror the competitive spirit of a coach looking for his tenth consecutive season with more than 20 wins.

Despite an awful shot mechanics and an undersized body, Naar averaged 14 points per game, shot 42% from outside and dished 6.4 assists per game. The Gaels play through him and coach Bennett rarely takes him off the floor (37 minutes per game). 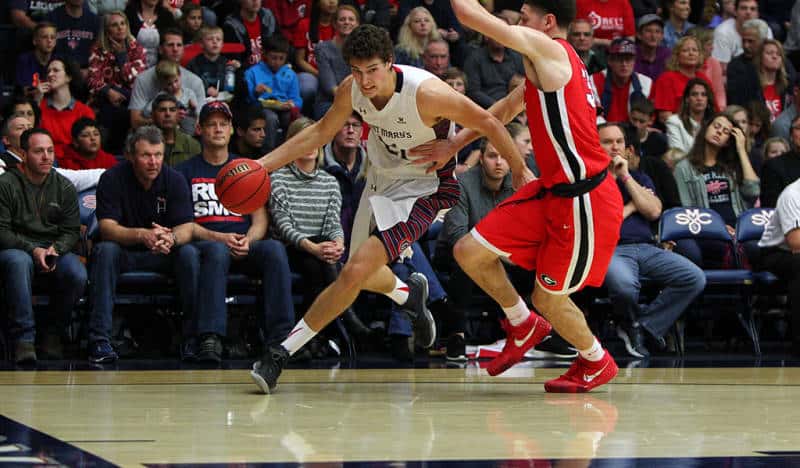 I prospetti: Evan Fitzner (PF, So)

Half of the roster comes from Australia and that’s their most likely destination once their college careers are over. The only one who seems interesting is sophomore Evan Fitzner, who proved to be a reliable shooter and might have a future as a stretch-four in Europe.