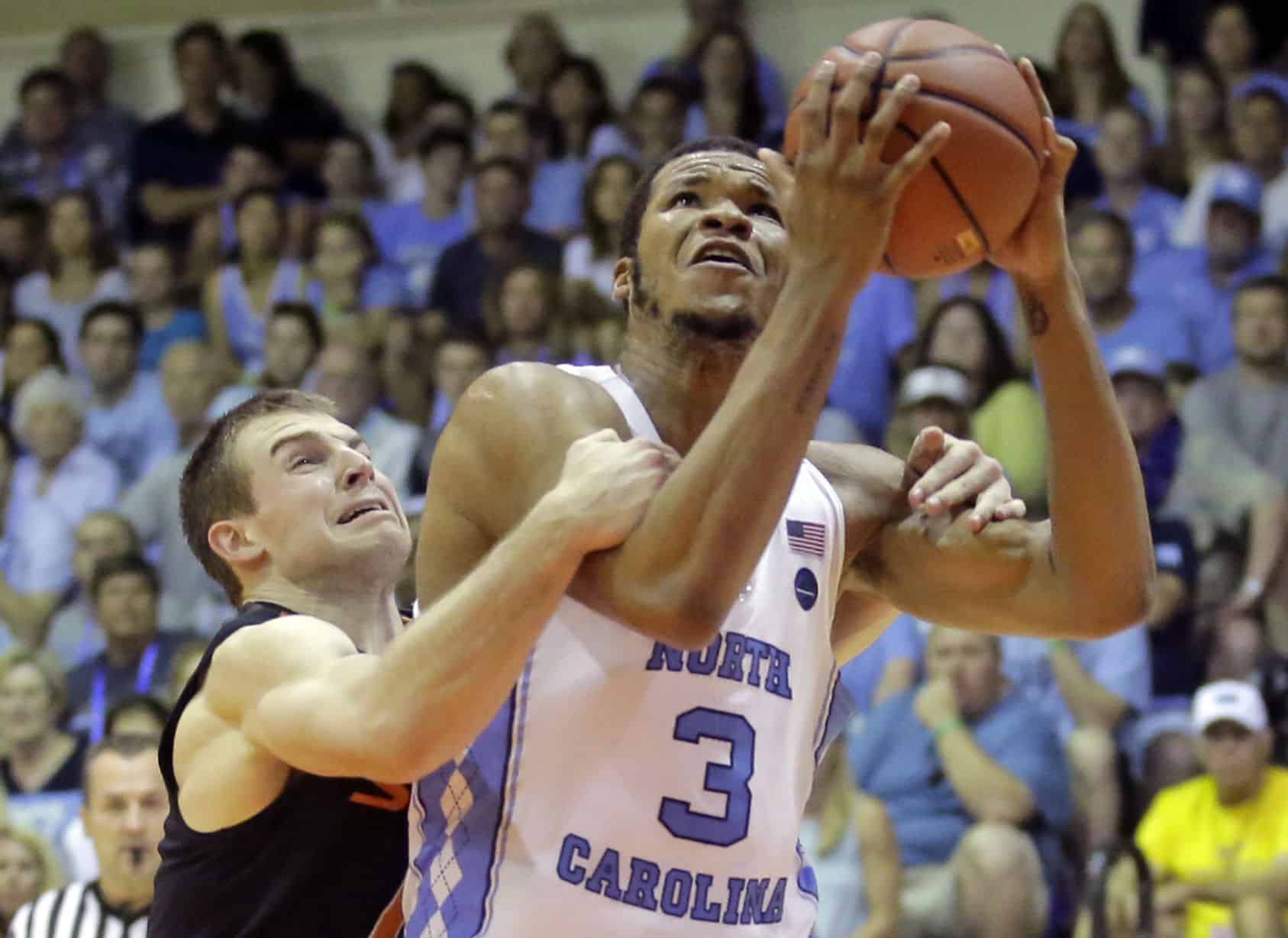 It was the first chance to watch multiple top ranked teams play one another, and there are a few things to say about their performances, but first of all, the name “Maui Jim Maui Invitational” would need some work. Sure, there is a Maui Jim sponsoring the event, but it feels like the name could be vetted. The level of competition increased over the years, and the 8-team tournament had a few interesting things to say. Going by the final standings:

What can be said for a Division II team playing against top ranked teams? Their best lineup is a mix of 5 guards and wings (their center, Pollard, plays less than 10 minutes per game) and despite everything, the team stood up to UNC and gave some troubles to Uconn. Good luck for the future to the whole team and to Rohndell Goodwin most of all. See you next year (they actually host the Maui)

It is hard to make sense of the Volunteers, who were competitive against Oregon and Wisconsin but still lost both games. Junior Detrick Mostella and freshman John Fulkerson did well, especially against Oregon, when coming off the bench. Coach Rick Barnes is not a favorite here at BasketballNcaa, but if Jordan Bone will not miss too many games with a foot injury, Tennessee will have a promising duo of freshman.

The injury curse is spreading (forward Terry Larrier went down with an injury in the Oklahoma State game and will miss the remainder of the season) and there are too many players unavailable, but this goes beyond that. The offense right now is awful. Their tournament could be summed up in their 11-point loss against Oklahoma State, the 11-point win against Chaminade (again, they play hard, but it feels like Amida Brimah is as tall as two of their players combined) and another loss to Oregon. Their only option on offense is sophomore Jalen Adams, who is often forced to play 1-on-5 and is responsible for 51% of the total points for the team. The rest is something you might want to forget. Quickly.

The players at roster, taken one by one, should make for a great team (BasketballNcaa was high on them in preseason) and the Maui was the first chance to have a good look at them. Dillon Brooks, Jordan Bell and Dylan Ennis combine hard looks and impressive frames for a scary effect, but once on the court, it is more like watching a group of bodyguards than a basketball team. They had flashes of what they might be capable of when they went out to a full court press defense, but on offense they are far from being good. The only positives were freshman Payton Pritchard and Chris Boucher defensive performance in the paint. It seems that the pressure of being favorite is playing tricks on the players. The loss to Georgetown was head-scratching, but the good performance against Uconn, especially their shooting, might be a turning point for the Ducks, who still finished a disappointing fifth in the tournament.

The Hoyas were always considered one of the toughest team around, and the roster mirrors their usual tough, physical game. There is no “bad shot” for guard LJ Peak, and despite that approach, he is still shooting 40% from three. Yet, the one who truly had an impact on the team is Rodney Prior, the lefty transfer from Robert Morris, who is playing himself to a career year with Georgetown. And with the return of 7-1 Bradley Hayes, John Thompson III‘s players will be a force under the rim as well. Their offense is trash right now, especially when it comes to executing plays: 28 turnovers in the loss against Oklahoma State and a 10-assist average throughout the tournament.

Le cifre in carriera di Prior

Let’s start with the loss to North Carolina: shots were not falling, the pick&roll was not working, UNC is a tough match-up on the glass for anyone, the referees had a van night, the earthquake, the terrible flood, the locusts and etc. It truly felt like a game between a team that had everything going and and a team that could not get anything going. All the other games went very well, including the 27 points win against Georgetown and the third place in the final standings. Coach Brad Underwood seems to be doing a good job and the program might get some results in the first year of his tenure, even in a competitive Big 12. Jawun Evans is actually outperforming the high expectations surrounding him coming into the season, and he is third in the whole Division I in efficiency (27 points per game, 5.2 assists, 57% from three, among others). Espn’s Jay Bilas compared him to Chris Paul and, as pointless as these comparisons might be, it still gives an idea of the kind of player he is. Evans has a solid team around him, with the luxury of junior Jeffrey Carroll coming off the bench. Both freshmen Lindy Waters and Cameron McGriff have been doing well. But what really changed is their pace, with the Cowboys going from one of the slowest team in Division I to the top 10 in possession per game.

The loss against UNC hurts, but not that much, considering the Badgers could not buy a bucket if their life depended on it (they started the game 0-for-11) and that their two best players, Bronson Koenig and Nigel Hayes were hurting the team a lot more than UNC. Yet, Wisconsin showed progress that might turn into huge improvement in the future. They were the team that played better on offense and the only one capable to keep up with North Carolina, at least early on. 6-10 Ethan Happ was the most consistent and productive (19 points and 15 rebounds against Georgetown) while Vitto Brown is Greg Gard’s secret weapon thanks to his potentially lethal pick&pop with Koenig. If Hayes were to reduce the volume of three-pointers, they will be a tough opponent for anyone.

The Tar Heels are confident, deep and talented, and ended up winning their first three games by 43, 32 and 15. Everything begins with Joel Berry, the only dangerous guard at roster, who seems to be always unfazed by the pressure or aggressive defensive schemes. Berry accurately selects which shots to take (he took his first shot in the final after 8 minutes of play) and then puts up a clinic (11-16 from inside the arc, 8-14 from outside the arc in the tournament). The rest is about height and talent: Isaiah Hicks has great confidence in his jump-shot and he is playing at an NBA-worthy level, Kennedy Meeks is grabbing every rebound in the neighborhood, Justin Jackson plays at least 10 minutes every game like a real star, both freshmen Brandon Robinson and Tony Bradley are playing like veterans, and that mix makes UNC look like a top 2 team. Their final exam will be on November 30th against Indiana. But every time they won the Maui they reached the Final Four. So there’s that.