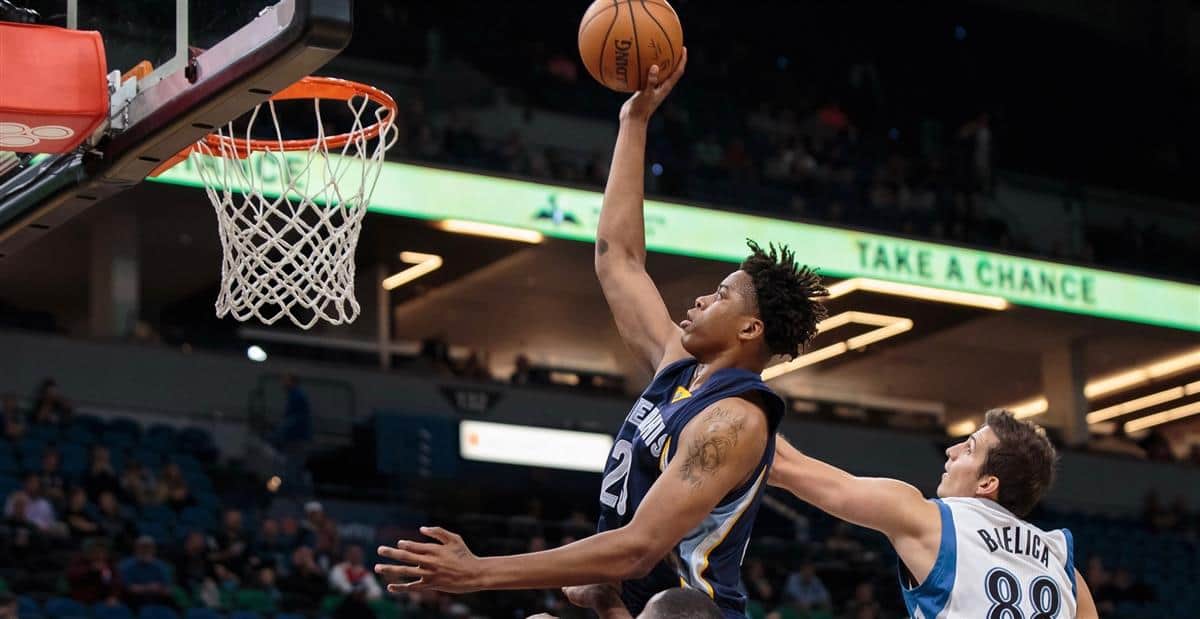 The draft is often a matter of luck for both teams and players. The Nba has thrown under the bus plenty of talents in its hurry to decide whether a 20-something-year-old is worth the league, and most such talents never have a second chance. Landing on a team and in a situation that allows a young player to develop is extremely important, especially for those kids coming into the league without the stigmata of the franchise-changer. A single player remains in the league for an average of about 6 years, an estimate that includes the 15 year-plus veterans, a group getting bigger every year because of better health awareness than in the past. Coming into the league with the right approach and in the right context is extremely important. Just ask Jimmer Fredette.

Every year, there is a group of widely popular players that usually disappear once they step into the Nba or fly under the radar (and will probably keep a low profile until the next training camp at the very least). Today’s focus is on four such players, Stephen Zimmerman, Cheick Diallo, Thon Maker and Deyonta Davis. Of the four centers considered here, only Davis has consistent minutes with his team, while there are plenty of questions surrounding the others. 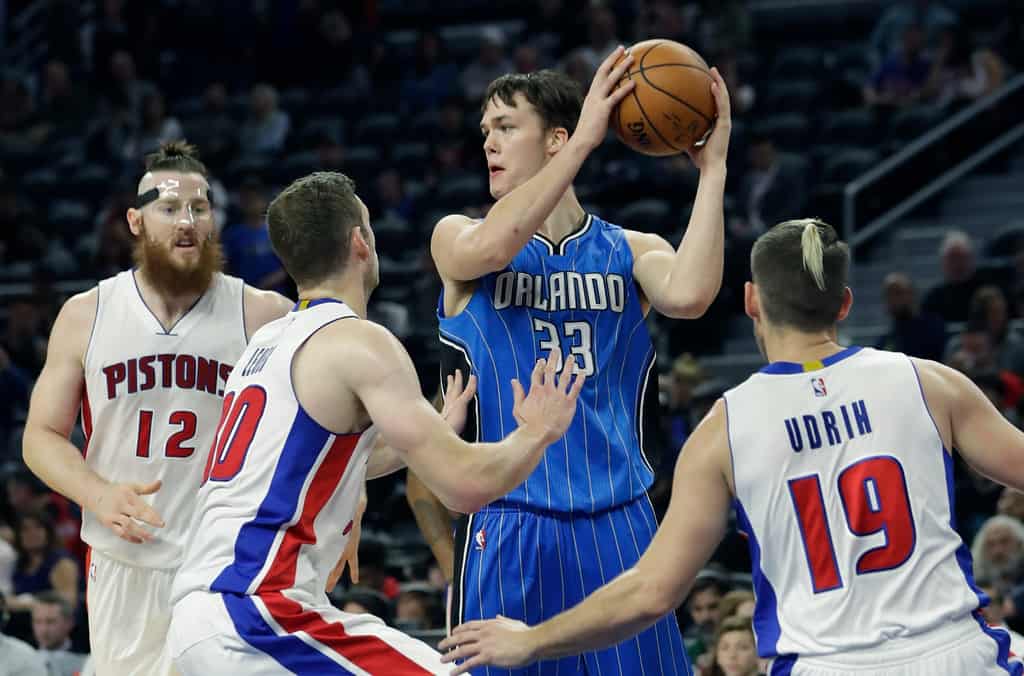 He was considered a likely first round pick before the draft, but slipped to #41 for the Orlando Magic. During summer, the franchise overhauled its backcourt by trading for and paying big money for veterans that are ahead of Zimmerman in team’s hierarchy. That is not necessarily a bad thing, since the ex UNLV‘s body is not ready for the NBA, being too skinny to take on a true Nba center every night. Things went as expected, and he played in only 3 games so far, twice in garbage time and once with significant minutes.

The Magic seldom rely on the Erie Bayhawks, their D-League affiliate. It is mainly about logistics, since the Bayhawks are based in Pennsylvania and the team cannot monitor the development of any player they assign there. So far, the only reason to send a player to the Bayhawks was a long road trip preventing regular team practices for those who were left behind. That’s what happened in the past week. However, things will be changing soon: as of Wednesday, the Orland Magic ownership officially released a statement where they made public the decision to buy the Erie Bayhawks and move the team to Lakeland, about 1 hour away from Orlando. The change will be effective starting next season. As for Zimmerman, he went back to playing real games this week, and reminded everyone that he is indeed a good player.


He averaged 21.8 points and 15.5 rebounds in the four games he played, dominated the boards and was a constant scoring threat around the rim thanks to his mobility and length, allowing him to go around defenders. The Nba is a different animal, he would probably get bullied and shoved and he would not be able to do what he did with the Bayhawks. However, if he can get strong enough, next year he might be playing real Nba minutes. The Magic picked Zimmerman as a long term project, but things seem to be going well. His stint with the Bayhawks was positive, and the monster game against the Long Island Nets (24 points, 24 rebounds), in an overtime win, highlights his progress. The most encouraging part is the way he moved around the floor. You can watch him set a pick on the left side and then pop to the elbow for a jumper, or find a way to score even when he gets bullied out of position (opposing centers are bigger than him even in D-League). And of course, he has good feel and positioning for rebounds, a skill that usually translates very well from college to the Nba. 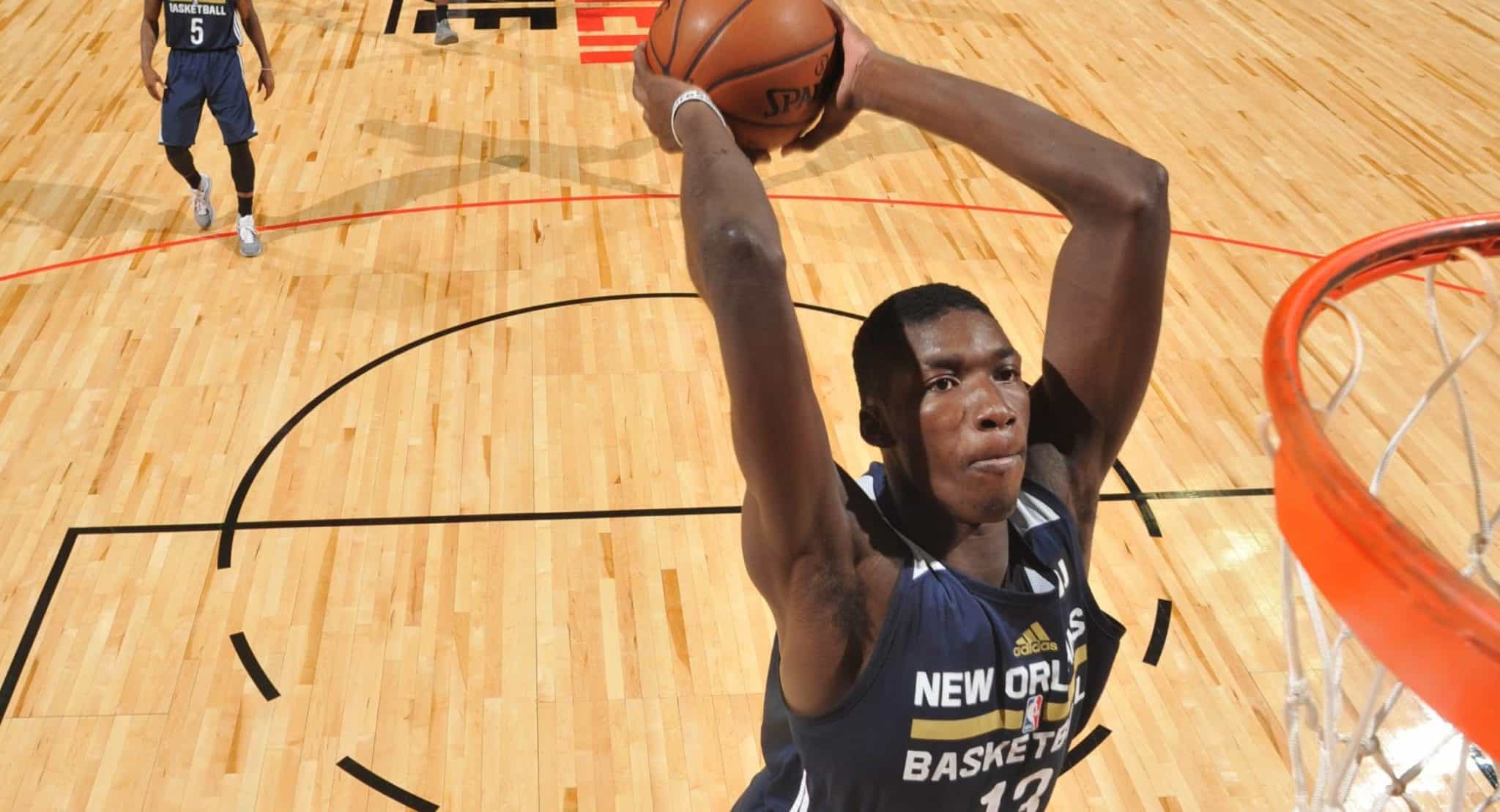 The year spent at Kansas was full of off-court issues that kept him on the sidelines early on and out of rhythm for the entire season. These issues convinced him to declare for the draft immediately. A second round pick for the New Orleans Pelicans, he landed on a team that projects him as the long term solution at center near Anthony Davis. The team’s management was convinced by his athleticism and physical potential, even though there were questions on his fundamentals. Since he has to play near a talent like Davis, he will not need to be doing much beside playing defense and being an efficient rim-runner on offense. Still, it was a huge bet, since nobody really knew what they were getting in Diallo.

So far, he has been surprisingly good for the Pelicans. He was assigned to the Austin Spurs in D-League (the Pelicans have no D-League affiliate), where he averaged 15.3 points, 7 rebounds and 3.3 blocks in 5 games. Even more relevant, he showed a few movements on the court that projects him as a lot more than a rim-runner, first among them a consistent mid range jumper that would allow him to stretch the floor. His free-throws percentage increased to 75%, and that already left some hope he could develop as a mid-range shooter, but he showed confidence in his jumper, especially on the left elbow. A good twist for a roster lacking frontcourt player capable of stretching the floor beside Anthony Davis. He showed the ability to read the defense and the timing to cut to the basket. When he gets the ball on the run, his athleticism is too much to handle for anyone, even when the opponents is taller and bigger than him. On defense, his length is a huge factor and can alter shot, intimidating players and getting them to pass the ball outside.

He played so well with the Spurs that he convinced the Pelicans to call him back, in part because the frontcourt rotation was plagued by injuries and the team needed bodies on the court. Diallo did not back down. His performance against the Los Angeles Clippers and DeAndre Jordan was huge. He played 30 minutes coming off the bench and finished with 19 points and 10 rebounds, showcasing his improved skills, jumper included, against one of the best frontcourt in the Nba. The Pelicans lost that game, but they might not have to wait too long for Diallo to be their starter. 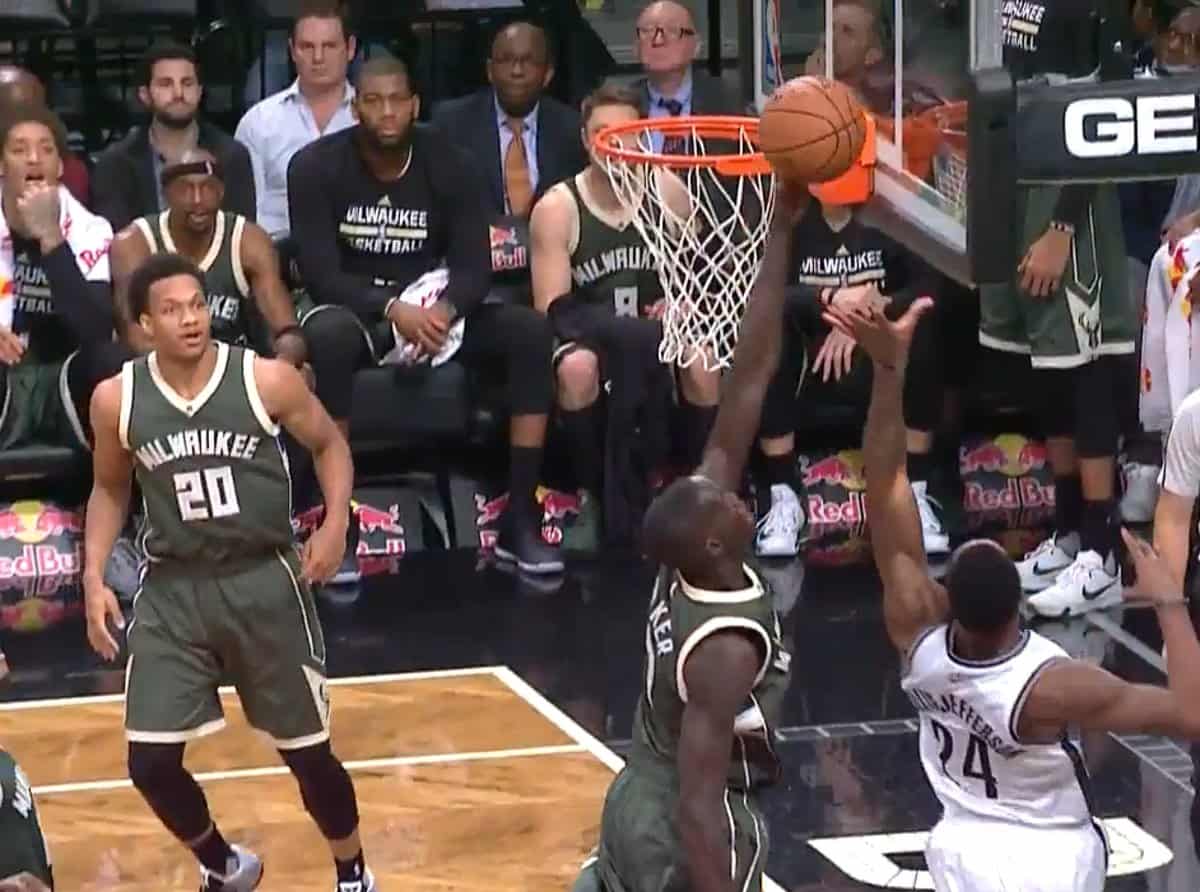 Prior to the draft, nobody saw the Bucks picking Thon Maker at #10. And it certainly was a curious decision. First of all, there were doubts on his real age: Maker was born in South Sudan, and there were doubts on the authenticity of his birth certificate. Secondly, he was a relative unknown, since Maker only had a couple of great performances in exhibition games in his life. There were no questions on his ability to adjust to a new city, since he had already moved to Australia, then Canada and the US before the draft, but he had chosen to attend a prep school instead of college. He did well, but not as well as might be expected against that level of competition, and that raised new questions about his talent. However, 7-1 players who can handle the ball, shoot it from outside and have Maker’s length do not grow on trees. And he got his chance.

The Bucks have no D-League affiliate, but Maker would have stayed with the team no matter what, according to coach Jason Kidd. He can play against Nba level talent by practicing with the team, or at least that’s the idea. He did not get much in terms of playing time so far, since his body does not look ready to play against Nba athletes. He has great work ethic and he admittedly models his approach around his heroes growing up, Kevin Garnett and Kobe Bryant, of whom he admires the competitive spirit. The only proof that he is actually playing in the Nba is this killer crossover against Chris Andersen of the Cleveland Cavaliers, but Maker recently said that the rest of the Nba should be scared of what the Bucks will become. It’s too early to have a real measure of the pick, but Maker seems to be confident enough. 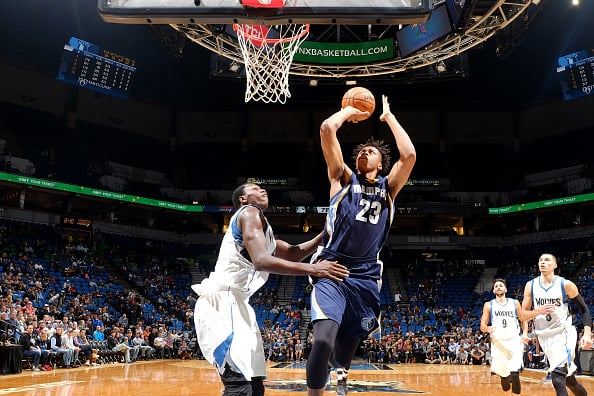 Deyonta Davis was supposed to be a mid-first round pick with good chances to be in the lottery, until he slipped to the second round to the Memphis Grizzlies. He was immediately labeled the steal of the draft, despite being on a team having Marc Gasol as the starting center. It was quite obvious he would have spent a lot of minutes on the bench, but when he does play he has been doing well, and that’s encouraging because Memphis is on pace for a 50 win season and home-court advantage in the playoffs.

His strength, and that’s unusual for a rookie, is defense. When he is on the floor opponents have to be careful attacking the paint, since he is blocking 7.4% of the shots attempted, third overall among players who played at least 150 minutes, behind Joel Embiid and Lucas Nogueira. It is a small sample size (154 minutes, 7.7 per game), but it is such an elite mark that it cannot be ignored. He is a good rebounder (12.7 per 100 possession) but he has a tendency to foul too much to stay on the floor for extended minutes. Gasol will take a few games off and that will help him learning the game, but he already projects as an elite defensive stopper, once he is fully matured as a player. His offensive game still has a lot to work on. His range is limited and still has troubles finishing through contact. But the Grizzlies are in no hurry, they have an All-Star, All-Nba center to rely on who can mentor the rookie, and going against Gasol every day in practice is probably the best schooling he can get. 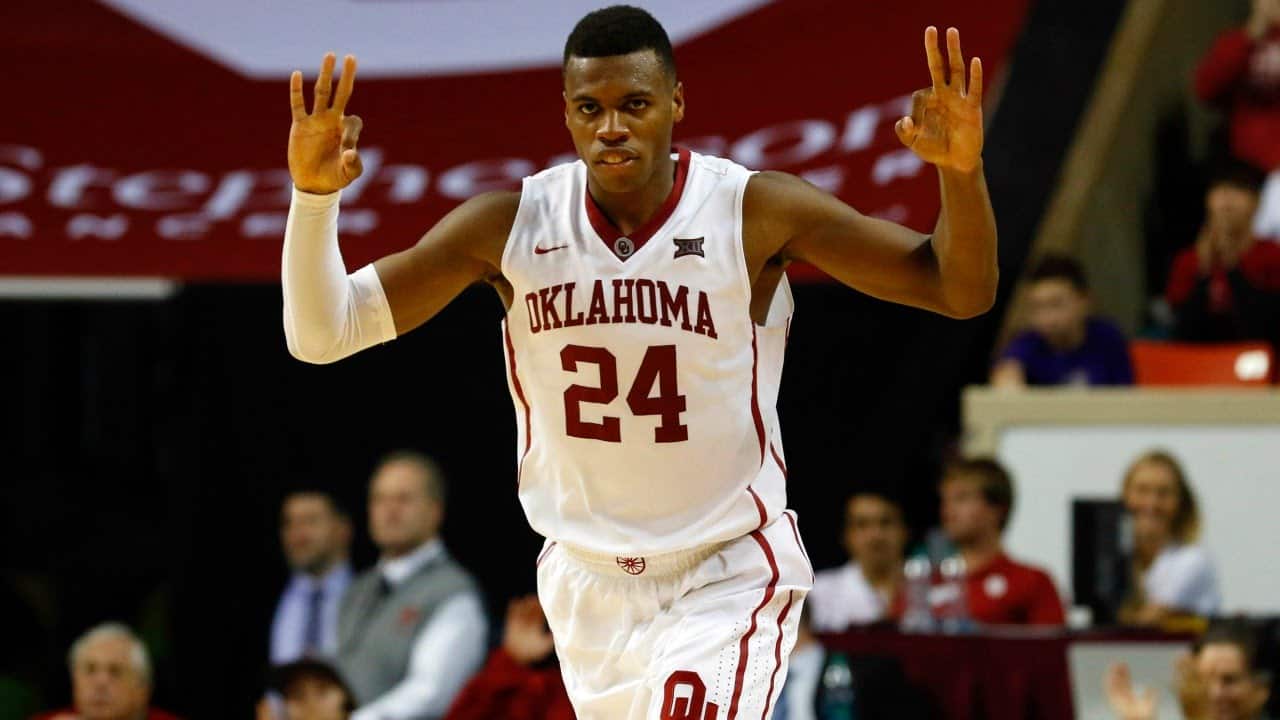 For once, there are plenty of rookies in the Southwest division: the Texas triangle got younger and more athletic, Memphis Leggi tutto 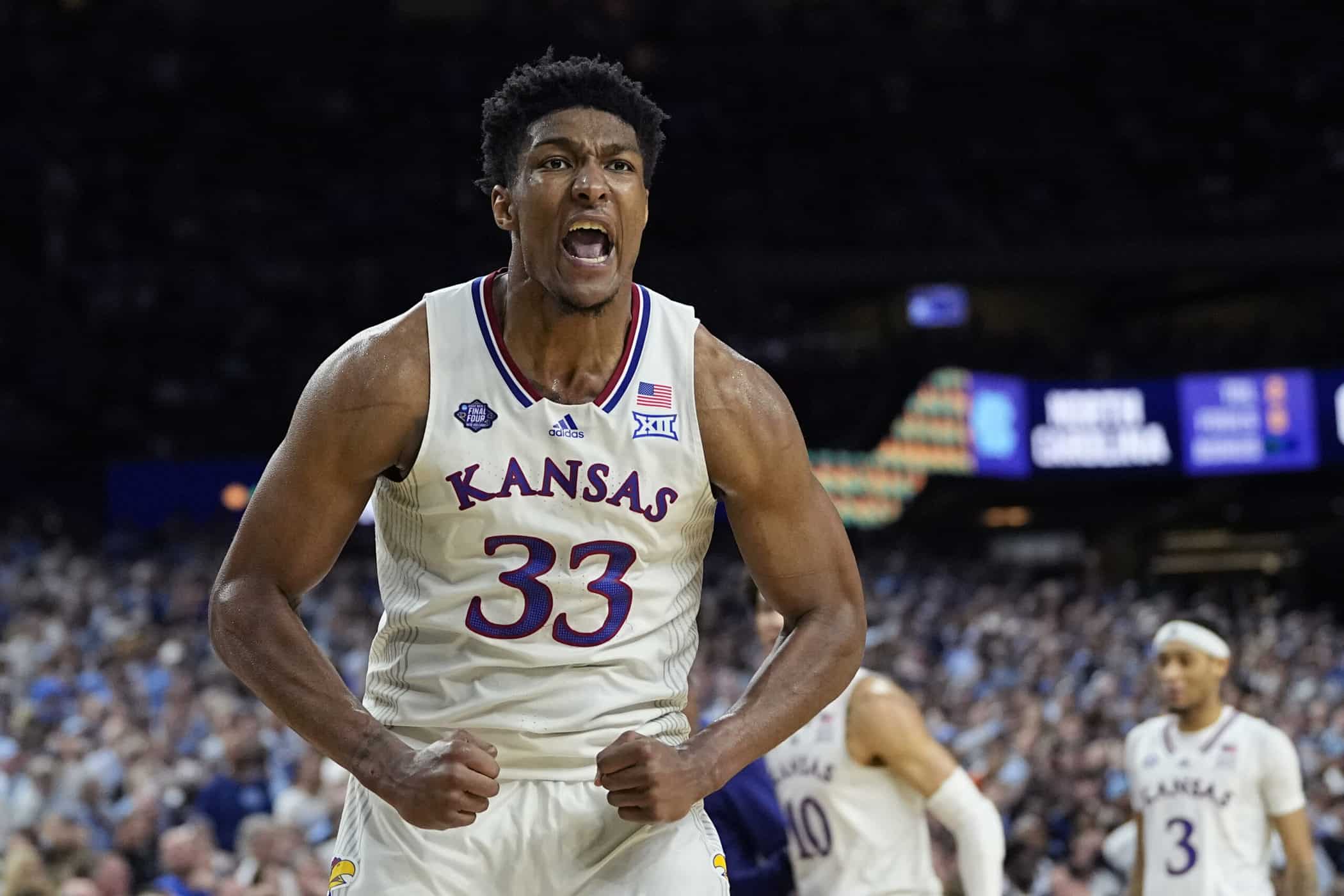 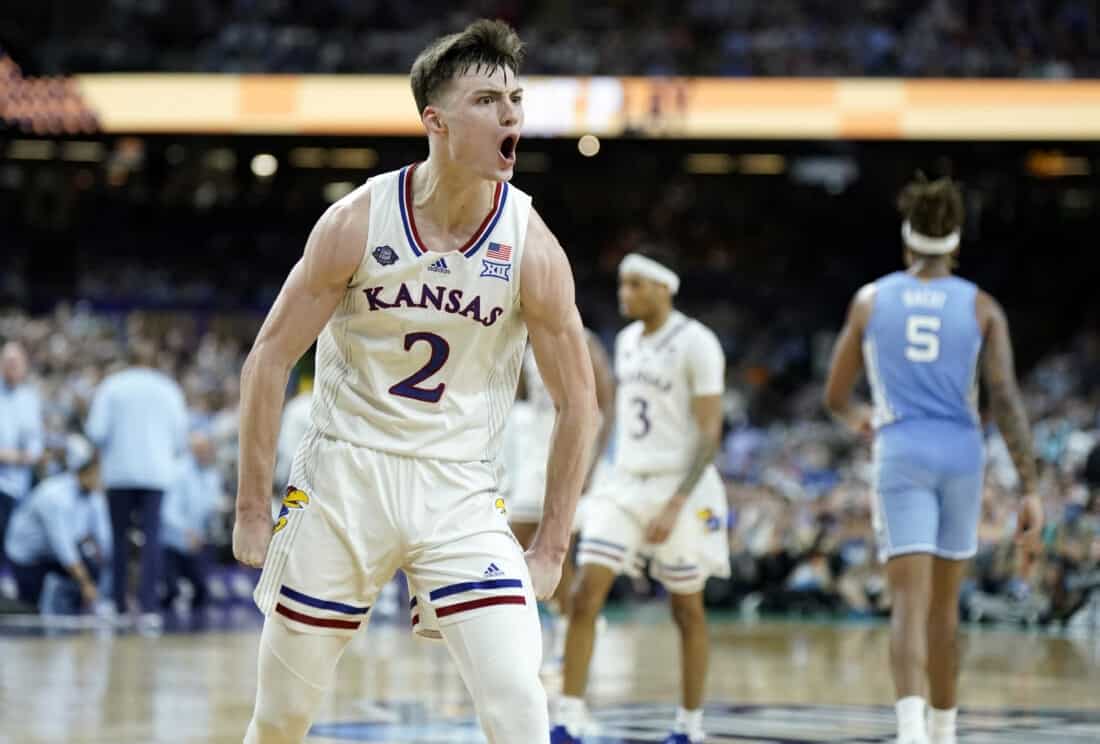 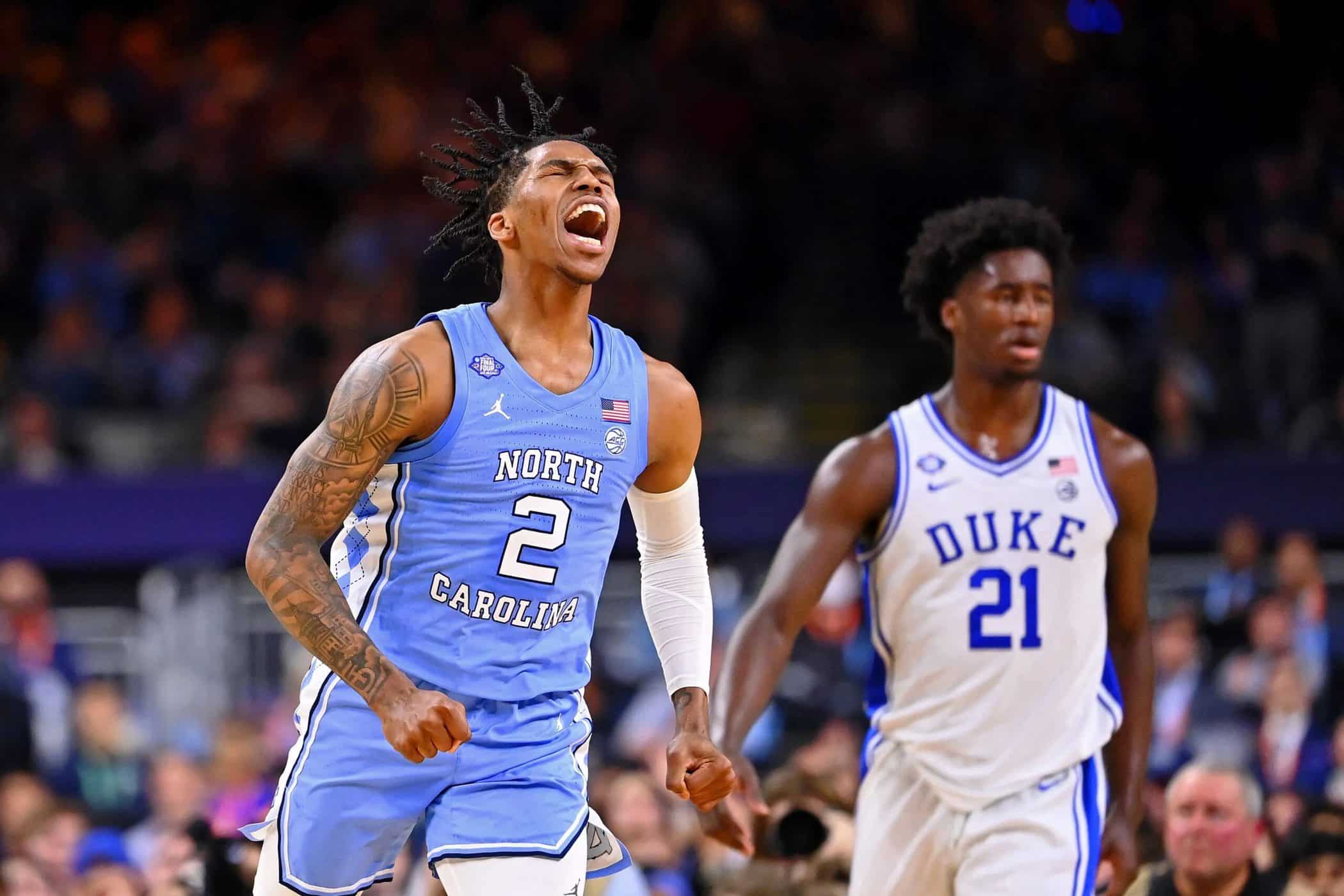