Home 9 Non categorizzato 9 Of inconsistency, or the Sacramento Kings

Of inconsistency, or the Sacramento Kings 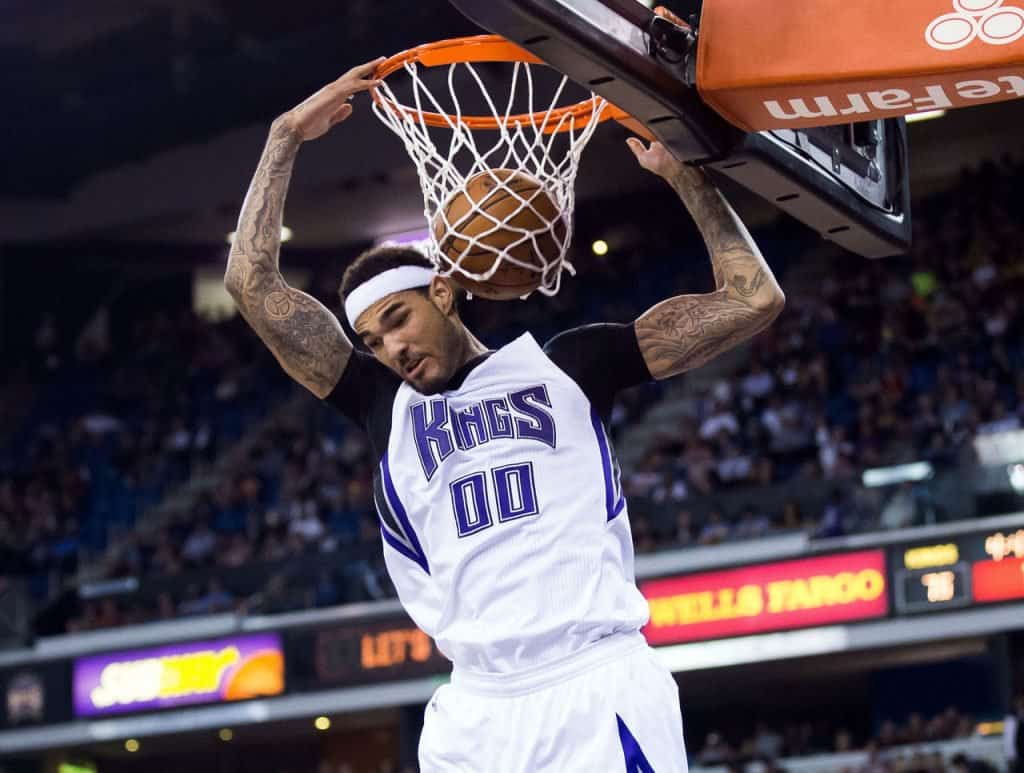 This space last week remarked the importance of landing in the right spot for a rookie on draft night. If things had to go wrong, the player might never reach his potential and find himself out of the league very fast. Plenty of franchises burned pick after pick with wrong choices, poor roster management, instability on the bench, messed up trades and more. There are plenty of creative ways to destroy a team. And then there’s the Sacramento Kings, who have been doing all of this for years, going through GMs as much as coaches and players and even had an ownership change, which proves their creativity as well as their consistency in being inconsistent.

After the umpteenth outburst (the second in a few days) by their franchise player, ex Kentucky center DeMarcus Cousins, SB Nation’s Tom Ziller summed up the last 10 years of lottery picks for the Kings in one picture:

Sacramento has an 11-17 record so far, on pace for a 32-50 season. Next June, if the Kings pick lower than #10, the pick goes to Chicago. But the Philadelphia 76ers get the best pick between the Kings’ and their own in 2017. Basically, if the Sacramento Kings want to keep the pick they have to finish the regular season somewhere between the 5th worse and 10 worst, and hope they don’t get lucky on lottery night. As for 2018, the Kings owe their first round pick to the 76ers, without protections or conditions. This is the “Hinkie Heist” the picture is talking about.

One would think the team made some solid choices in the past and it was all worth the cost. The only sophomore at roster is Willie Cauley-Stein, a center with great athleticism and motor, good defensive instinct and the speed to switch on smaller players and stay in front of them. His fundamentals are not that good, but he is the perfect rim-running center of the modern Nba. On offense, if he can set solid picks,  roll hard to the rim and catch lobs. Only a few players could do anything to slow him down. In 2011, the Dallas Mavericks won a title with a center like that. Plenty of teams would be more than happy to have that kind of center with them. But this is Sacramento, where DeMarcus Cousins (obviously) and Kostas Koufos (really?) are higher than Cauley-Stein in team’s hierarchy. To make things easier, last June the team drafted Georgios Papagiannis with the 13th pick. The 19-year-old Greek has great upside, but he has to grow up into his body and work a lot on his fundamentals and overall skills. The Kings have 4 centers at roster, one of them a “generational talent”, franchise player, All-Star, All-Nba, Olympic champion, arguably the best center in the league. And then there’s the rest, with zero chance to play and develop into the players they might be even if this was a “normal” team, because of Cousins.

What about Skal Labissiere? His body is not ready for the Nba, too skinny to absorb contacts and too raw to be of any use on the court. Beside, he has a history of being “soft” and lacking character, making his presence with the Kings even more dangerous for his own development. Which is a shame because if he had to develop, Labissiere would be the perfect running mate for Cousins: a 7 footer who can play from outside the arc and is ready to get the ball out of the double-teams Cousins commands every possession. Right now, Labissiere played 3 games and averaged 8 minutes per. Yet, the locker room environment is toxic, just look at Cousins’ recent outbursts against journalists and opponents. Assigning players to the Reno Bighorns, the Kings D-League affiliate, is not enough to avoid the consequences on the youngsters.

The last rookie at roster is Malachi Richardson, and it is easy to remember him wearing Syracuse jersey in their Final Four run last March. The guard spot is overcrowded, with three more guards in the rotation (although two of them are quite unhappy with the team) and the Kings just got a rid of a fourth (Stauskas). None of the three can be a long term solution, but their mere presence takes minutes away from Richardson, who played in 4 games for a total of 22 minutes.

By looking at the Bighorns season so far, the best rookie is Malachi Richardson, who averaged 21 points and 4.3 rebounds in 11 games while shooting 44% from three. Labissiere had 14.3 points and 6.8 rebounds in 11 games, while Papagiannis had 10 points and 7 rebounds in 6 games. Numbers aside, there is a general lack of improvement. Papagiannis is limited to dunks and floaters, and does his best to avoid contact. His floater, however, does not seem ready to be a consistent threat in the Nba. He is not ready to play yet, but considering he is the 4th center, the team does not need him to play significant minutes right away.

On the other hand, Labissiere would be a good addition for the Kings, especially with Cousins, but he is not exactly taking the D-League by storm. Yes, he sometimes does things like this

but he is still way behind on the character side (unless we are counting dunks). One of the skills that best translates from D-League (or college) to the Nba is rebounding, and Skal is grabbing 27.4% of the team rebounds, but his performance is uninspiring. He has a -12.9 Net Rating, 49.5% True Shooting and an unbelievable 8.3% from behind the arc. The Kings clearly are not missing him.

Richardson is the only one playing very well and proving he can be a scorer at the next level. It is not only about the 32 points he scored against the Rio Grande Vipers (you can watch the highlights below), but the ways he scores. He is confident in shooting off-the-dribble, especially coming off the pick and pulling up from the free-throw line, but he also showed he can explode to the rim and finish with a variety of floaters and finger-rolls both on the right and left side. And his three-point shooting forces the defense to respect him from outside, stretching the floor and opening the paint for his teammates and for himself, when he plays 1-on-1. He might be ready to play with the main team, but the logjam at his position is keeping him out of the rotation.

What future for Cauley-Stein, Papagiannis, Labissiere and Richardson? DeMarcus Cousins is the star around which everything revolves, and the ownership was never capable of building a contender around him. If he had to leave Sacramento in the next months, there would be plenty of rooms for these players and a lot less tension to surround them, but it would also start a rebuilding process from scratch, with no picks in 2018 and no “tanking” for the #1 pick in 2017. If he had to stay, he would eat up most of the minutes in the frontcourt, but the issues that have been part of the Kings since Cousins has been drafted would remain. Context matters for a rookie, and the Kings failed to deliver on 9 lottery picks out of 10 in the last 10 years. Some of the players were overvalued and had no point in being in the lottery, but it cannot be just the players fault. As of today, Sacramento is the worst place for a rookie.