The strange season of French players in college hoops 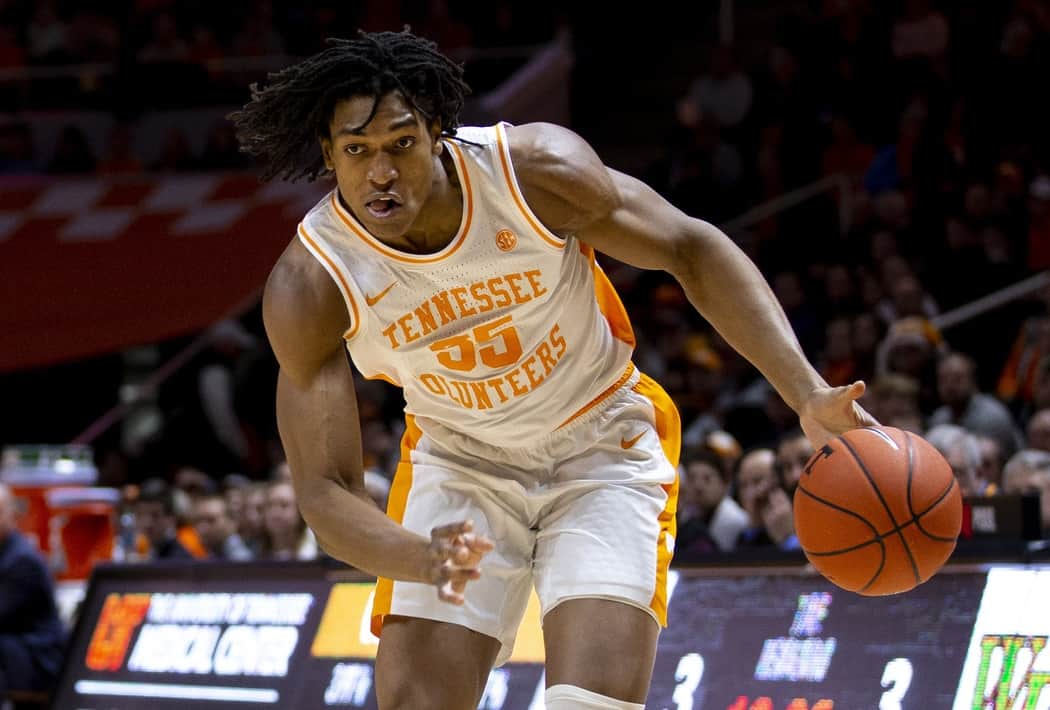 After the Spanish and the Serbian players in college basketball, it’s time to talk about the French, the one group among European players in the NCAA with the highest quantity of talent, especially if we look at these players as future NBA pros. We talked about them with Antoine Berranger and Romain Leroy, two of the voices of Envergure, a podcast and website devoted to the best prospects around the globe and a true must-follow for French basketball fans.

First off, is this season meeting your expectations?

Antoine Berranger – It’s not going the way we expected. It’s not going well. We expected Jaylen Hoard to be a superstar, and he is not. We expected Olivier Sarr to show huge improvements: he is improving but not at a high rate. We also expected a healthy Killian Tillie and to see Joel Ayayi play since he had a good summer with the French NT.

Romain Leroy – Hoard, for example, is just adjusting to the level. I don’t know if we can say that averaging 14 points and 8 rebounds per game is a bad season. We have to understand that, for a player, it takes time to develop, even if teams don’t have time. It’s a strange year, I can’t blame or judge these kids.

Absolutely, especially when talking of Hoard and Sarr we have to consider that Wake Forest is a team at the bottom of the ACC, that has struggled a lot throughout this season. How can all this influence the development of these two players, on the long run?

RL – Having a bad season is not great in terms of exposure, that’s sure. You’re not going to make it to the tournament, which is the moment when scouts are going to watch you the most. It’s not their responsibility if the team struggles. Hoard is having a pretty good season in terms of numbers, not a huge one but his numbers are pretty good. As of Sarr, maybe people had more expectations about him but I don’t know, he’s a big guy, it takes longer to develop. Anyway his numbers are better compared to last year, in terms of minutes, shooting, efficiency. 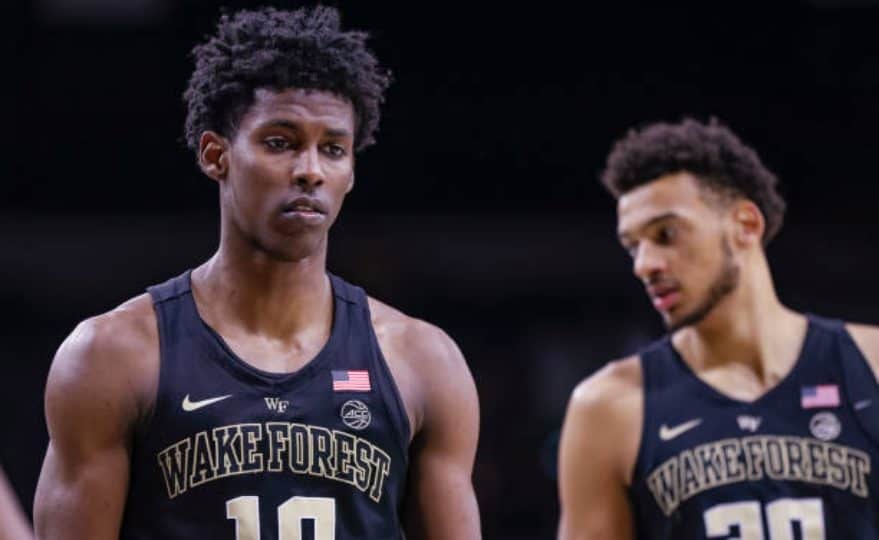 Speaking of which, Sarr might well be the only 7-foot guy in all Division I who takes way more 2-point jumpers than shots at the rim…

RL – When he played for the U17 NT, his main strength was having great footwork and great hands but he had no back-to-the-basket game at all, he was more of a face-up center. For example, he was way quicker than Rudy Gobert at the same age, his footwork was better, he had great combination of hands and mobility. I think you can’t really consider him as a “pure” center, in the way the role was defined through the years.

Back to Hoard: at this point, will he stay in college one more year? And, in your opinion, should he?

AB – Hell yeah! [laughs] One of his problems in the post is that he has thin legs and high hips, he struggles to go down. His upper body is looking great now but he has to work a lot on his lower body and also on his shooting. Plus, he has to rebound and block more. I think he will be ready for next year’s draft, not this one.

RL – Most of the time, in the States they work on your upper body a lot and not that much on the lower body. I’m old enough to remember his dad as a player. In terms of upper body, he was a beast. I won’t say that his legs were average, because they were actually better than mine [laughs]. He was athletic but he did not had, like, crazy legs. Jaylen has the same type of body. It’s also important to know that he lost a couple of years when he was younger because he had a lot of injuries, so he started pretty late to play organized basketball at a good level of competition.

Talking about injuries, Killian Tillie has been particularly unlucky this year. The two injuries he had are not related but could his history of injuries affect his career in a major way?

AB – For a big man, foot injuries are never good. We’ve seen it with Joakim Noah. The problem is: if he can’t be healthy for a NCAA season, how can he be healthy for a 82-games NBA season? That’s a big issue. I like him, I think he’s a good, skilled player, but his draft stock is certainly not rising because of this problem.

In Tillie’s case, one could wonder if he has still a chance to rise his draft stock: maybe it’s still possible if he manages to get back for the post-season and has a couple of important performances on a big stage such as the NCAA Tournament. Sure, it’s a very big “if”…

RL – His draft situation is complicated, but it also depends on how you look at it. He had a tough season, his stock is low, but what is the risk with him right now? You could draft him low and be rewarded by getting a pretty good player. His work ethic, the kind of person he is: there’s much that he can bring to a team, that’s for sure.

AB – I like his game but, like his brothers, he’s more like a Euroleague player. He hasn’t verticality and doesn’t really fit the NBA prototype. I’m not sure about him.

RL – I disagree on this one. He’s from a volleyball family and surely has a volleyball-type of body but I wouldn’t say he’s not vertical.

As of his teammate Joël Ayayi, even if he plays on a team like Gonzaga, we honestly expected him to get a bit more playing time, like steadily around 10 minutes per game or something like that.

AB – It’s really hard for a freshman. Gonzaga plays for the title, they got Josh Perkins, Zach Norvell, Geno Crandall, all older and more experienced players than him. Plus, Ayayi is a point guard that is trying to move to the shooting guard position. Being the 10th in the rotation is not that bad on a team like that.

RL – And besides that, Mark Few knows his job: if he doesn’t play, there’s a reason.

Talking about French players on top notch teams, there’s Yves Pons who is doing well at Tennessee. He’s a freak athlete, a valuable player on defense but, on the other hand, he struggles on offense: is it because a lack of awareness from his part or is it maybe something about his current skills?

RL – Physically, he’s a beast: he can lock down a lot of players. Because of his profile and the needs of his team, he has been assigned to do the dirty work. In college, you have to play your role for the team and then you get whatever you can after that. People don’t see him as a reliable player on offense but, for what I’ve heard, he’s working on his shot and he has been doing good stuff. However, he’s going to do what he’s asked to do. He’s an extremely smart guy, he was known in France for being an excellent student – just like Sarr, by the way. I don’t think it’s a matter of basketball IQ and stuff like that. He’s not going to be the guy that scores 20 points per game but he’s not the kind of player that you can leave completely unguarded. He’s somewhere in between.

His defense has been remarkable on multiple occasions: what do you like the most about him on D?

AB – He really takes pride in his defense and that’s the main quality you expect from a great defender. For example, I saw him in the first game against Vanderbilt where he was guarding Saben Lee, their point guard: he’s a much smaller player but Pons was faster than him in terms of quickness and lateral movement. It was really impressive. Honestly, I think he’s the best 1-to-3 defender in the league. 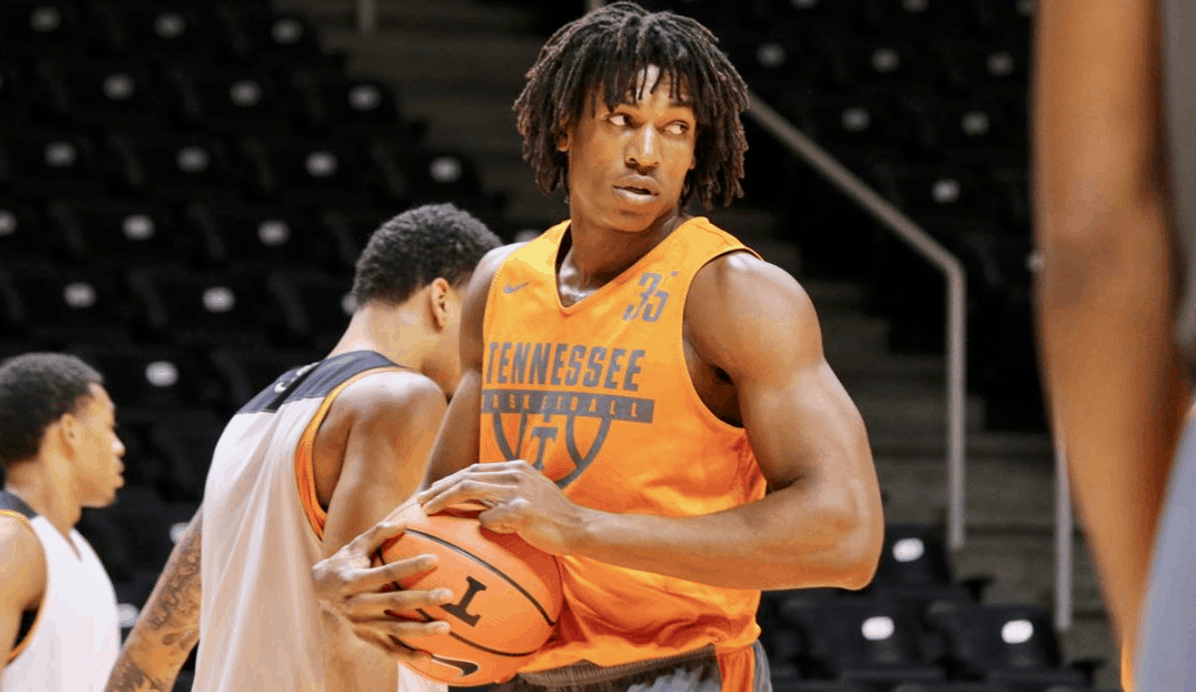 So far we’ve been speaking of high-major guys but there’s also a ton of French players at the mid-major level. Alexis Yetna is surely the one that has stood out, averaging about 12 points and 10 rebounds per game at South Florida. Excellent rebounder on both ends, he can knock down some 3-pointers but he’s also a 6-foot-8 center that can be in trouble on D when he’s drawn against smaller players on the perimeter. What could be his ceiling, in your opinion?

AB – I think he’s the typical French center. We have plenty of short centers. He’s strong, has a really good upper body and a not-so-great lower body, he’s not really good at defending in the low post. I think he’s great for a mid-major team: he’s strong enough for rebounding, has wide shoulders, he can finish on the rim, has good footwork but he’s not very fast on his feet. I think he’s meant to play in Europe, he’s not a NBA guy. He’s showing he can shoot the ball and that’s a huge plus for Europe. 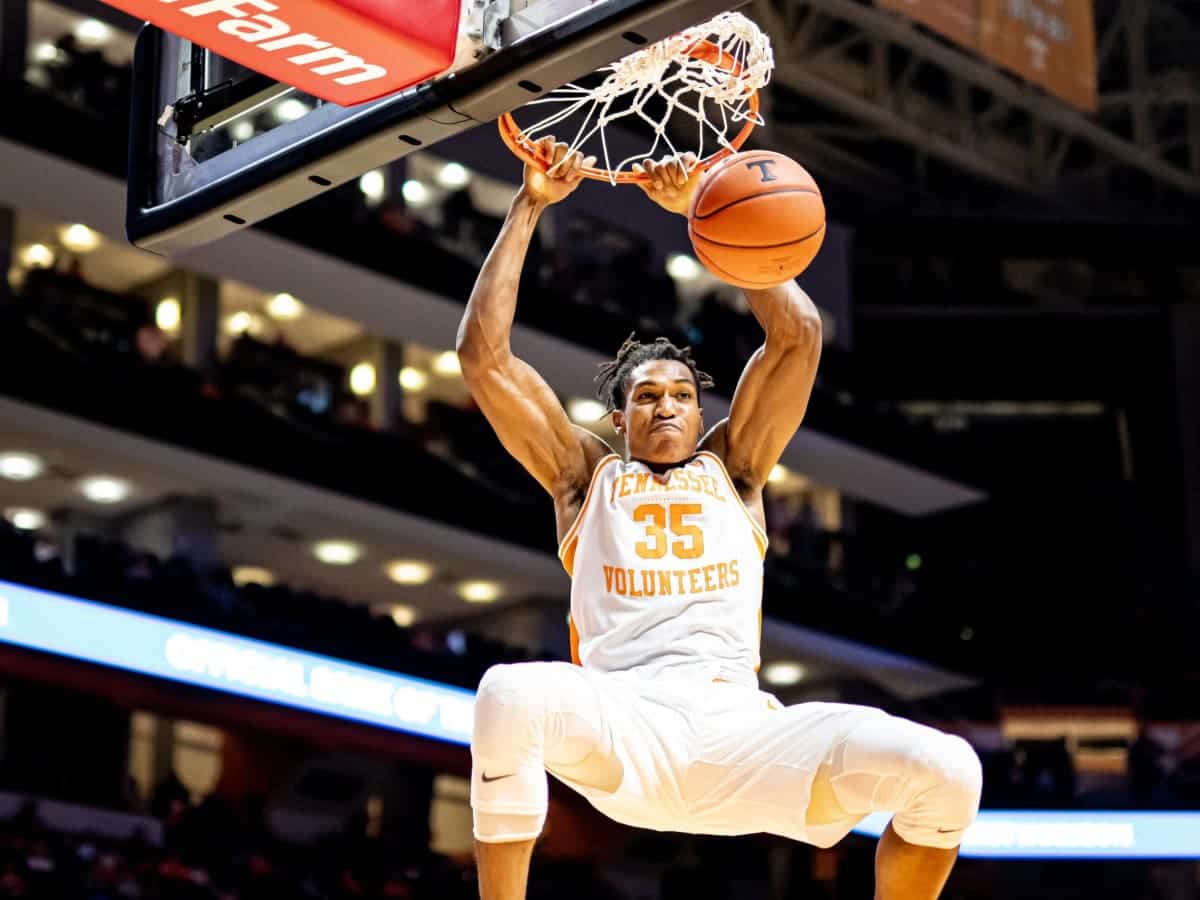 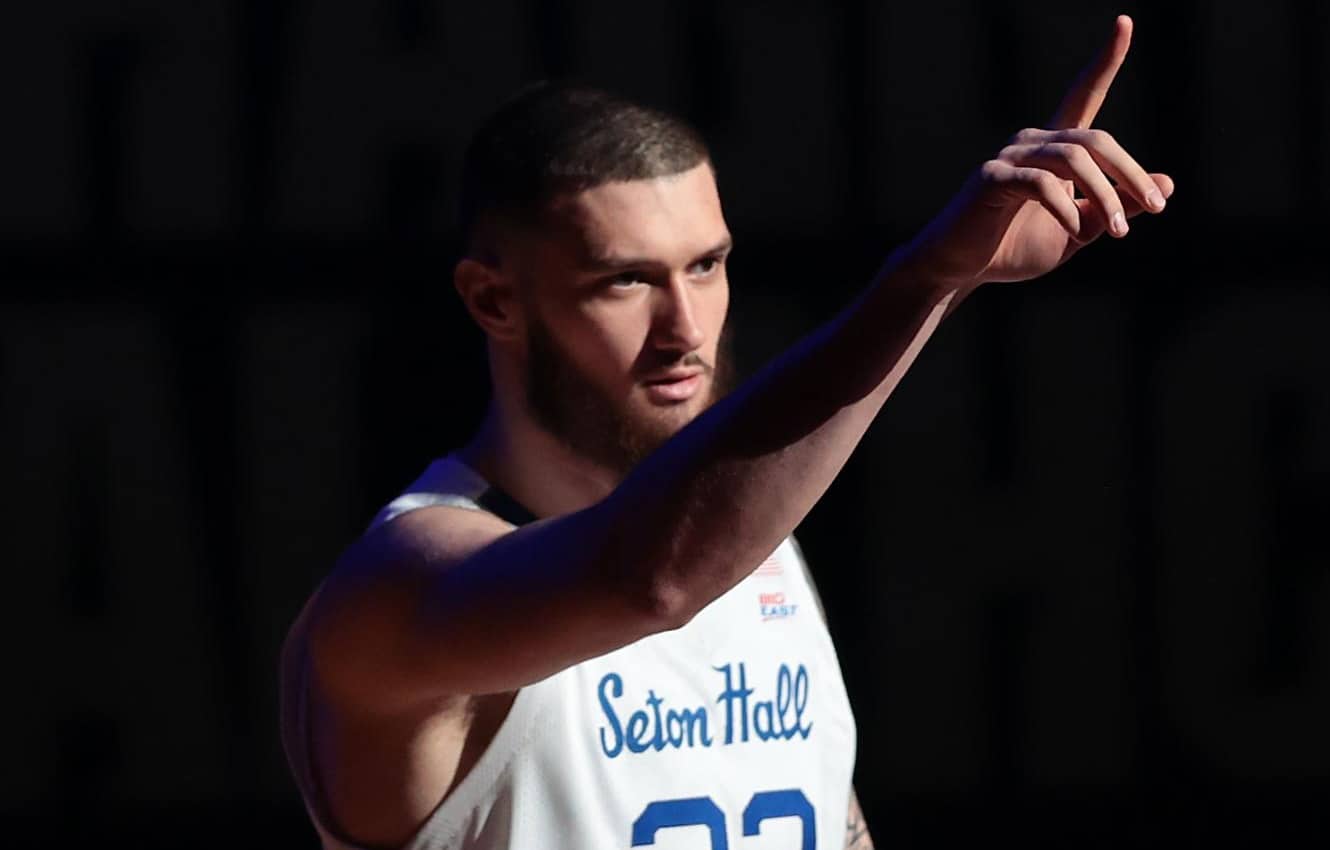 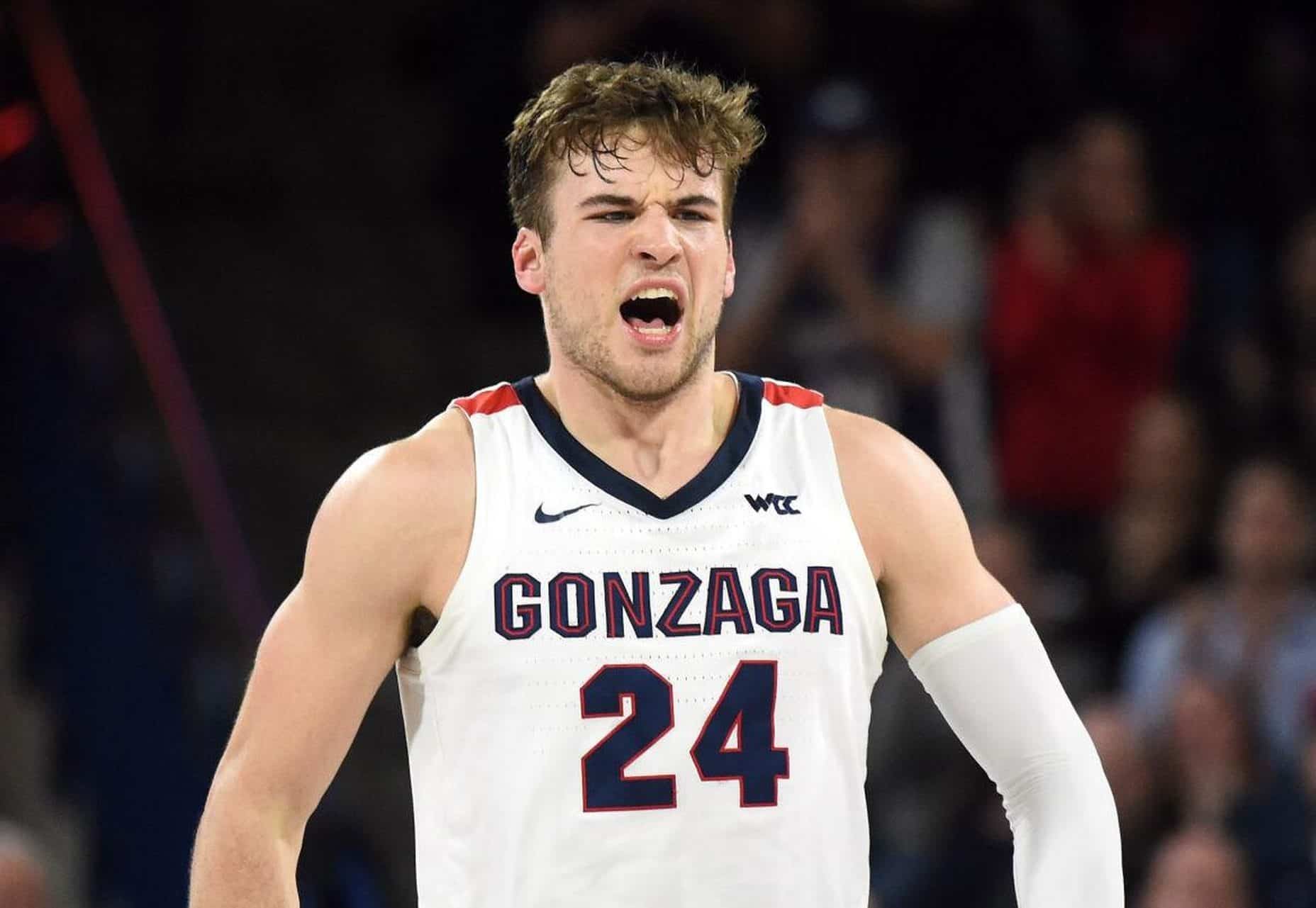 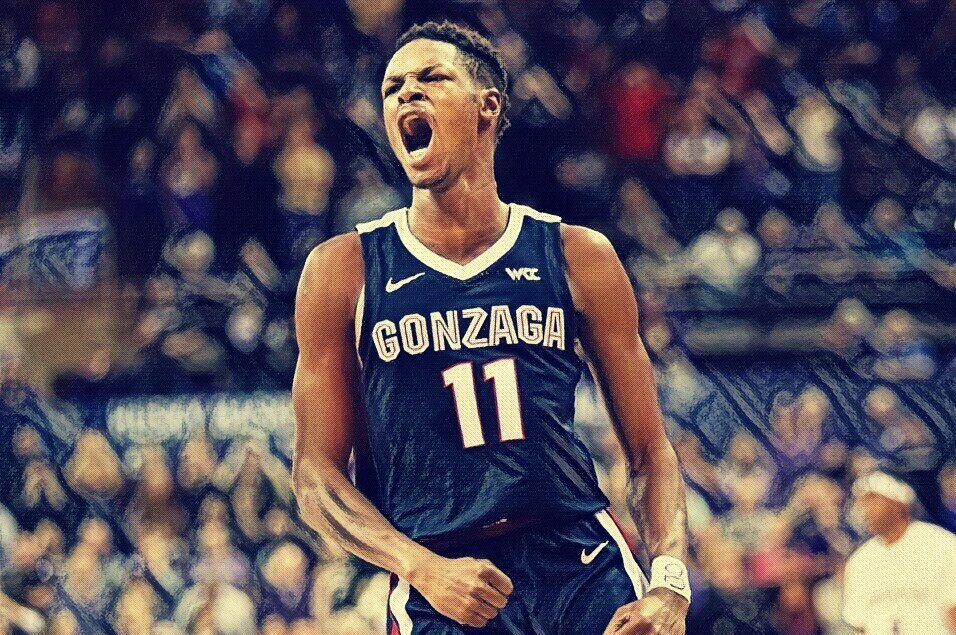 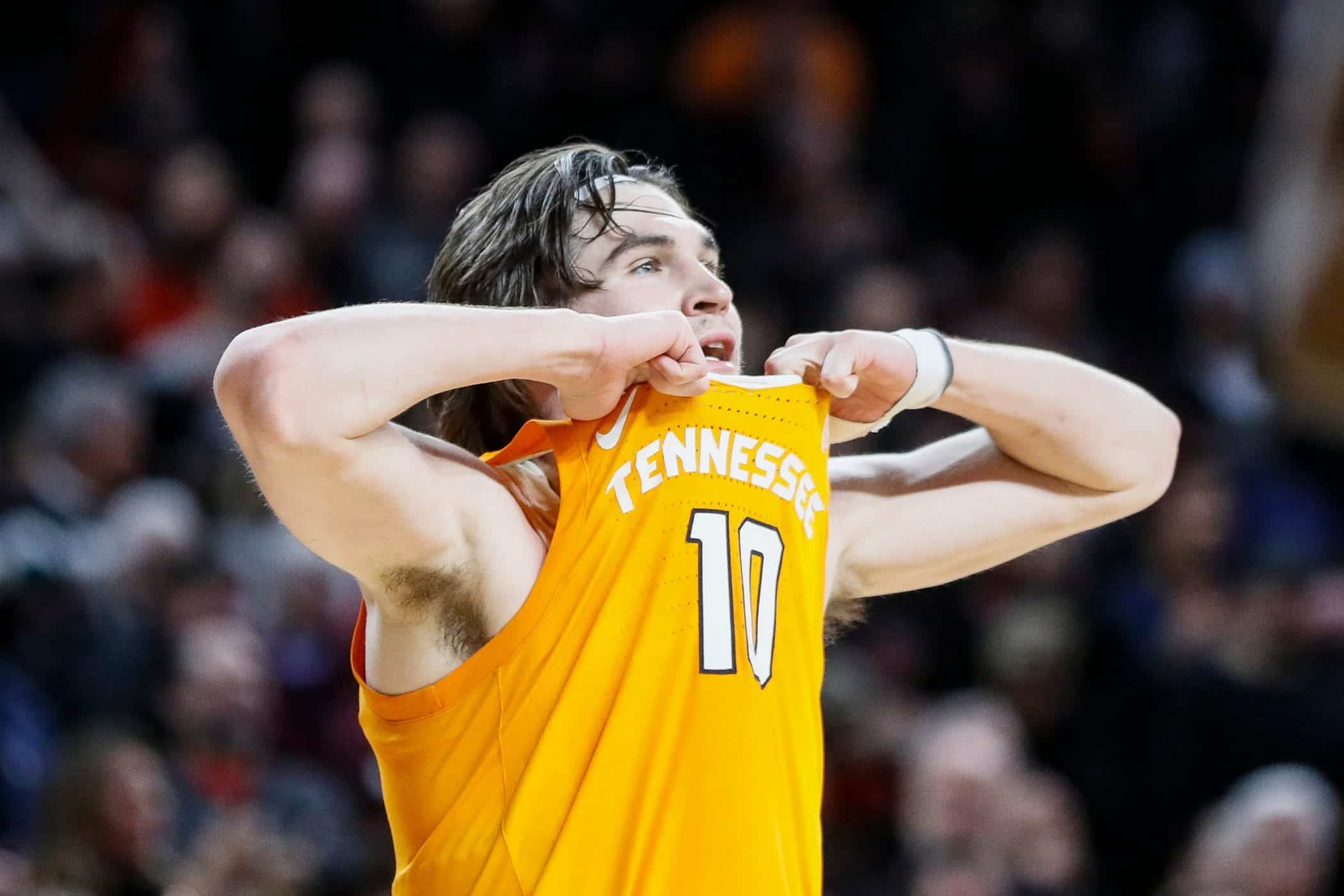