Kevarrius Hayes, a spiderman from Florida 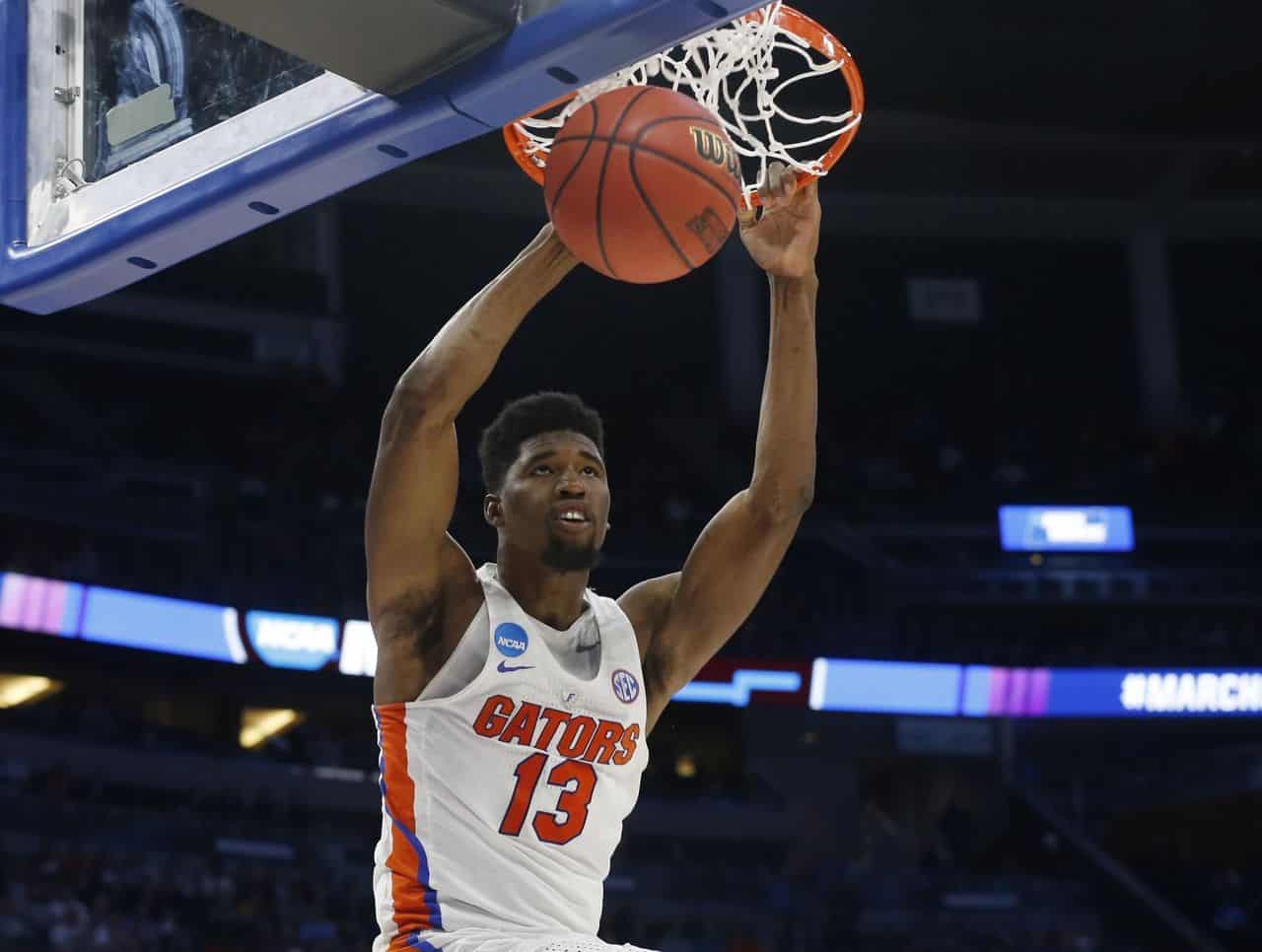 For his great wingspan, his energy and physicality, Kevarrius Hayes is better known as “Spidey”; he is the king of the blocks and upon his arrival at Florida University he gave new life to a program that in 2015 was drifting aimlessly; he is very outspoken and not afraid to tell things straight in the face: He was him who delivered the graduation speech at his fellow students at Suwannee High School. But make no mistake: Behind this talkative guy there is golden-hearted player who was raised by his coach’s family into basketball and volunteering and who became strong thanks to his mother’s resolution and example. This is what the superhero of S.Bernardo-Cinelandia Cantù told us.

You announced your commitment to Florida when you were still a sophomore in high school. Why did you take this decision so early? Were you so sure about Florida?
I thought that Florida was the place where I wanted to be: I already knew the program and coach Donovan personally, not to mention the fact that my coach at the Suwannee High School, Jeremy Ulmer, was a former player of the Gators; in short, my life had been already gravitating around Florida University and I already felt I belonged there. Moreover, it was also location wise as the campus is very close to my home. 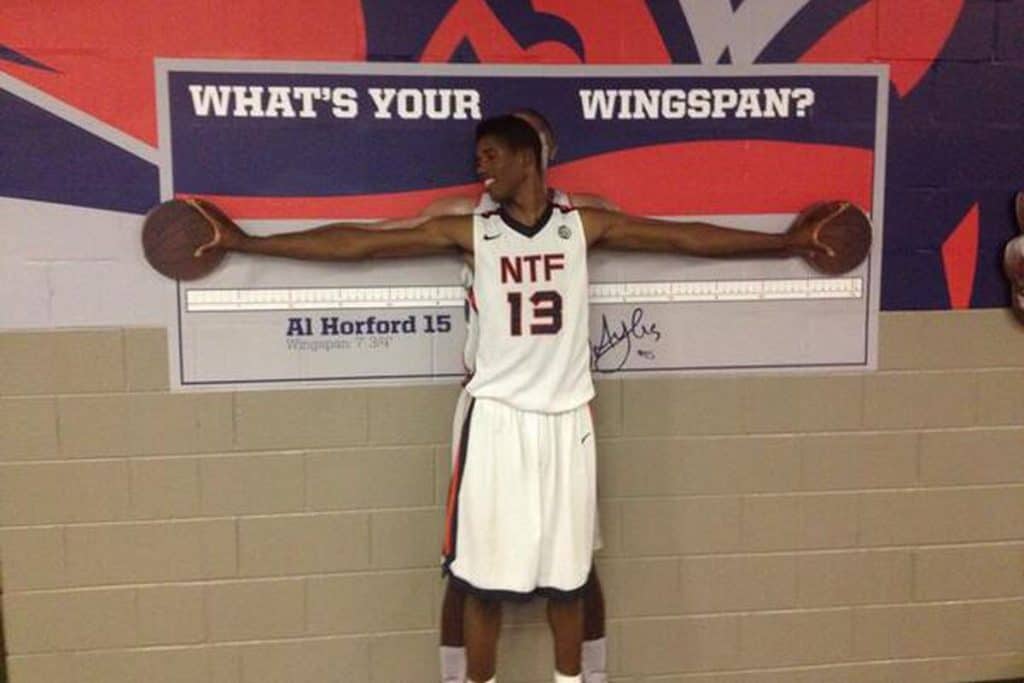 However, when you arrived at the Gators in 2015, the program was getting through a very difficult year after with the end of Billy Donovan’s era. Did you think for a moment ‘maybe this is not the right place anymore’?
I must confess it was a bit confusing as I didn’t know why coach Donovan was leaving, but after talking both to him in a one-to-one session and with the new coach, I saw that I was in good hands: Coach White also showed me some clips from the previous teams he had coached, and so I saw that his kind of game was very similar to Donovan’s: fast paced and intense. I understood that coach White could help me in the way I wanted and eventually I decided to stay as it was still promising.

As you mentioned him, tell us something about coach White’s vision and game.
He let us players be free and express ourselves and our strengths. I thought this was very encouraging. He always wanted the best out of us and showed a great passion for this game: That is why he used to talk to us a lot. Moreover, he was still very competitive even though he was on the sideline now. I really liked his energy. 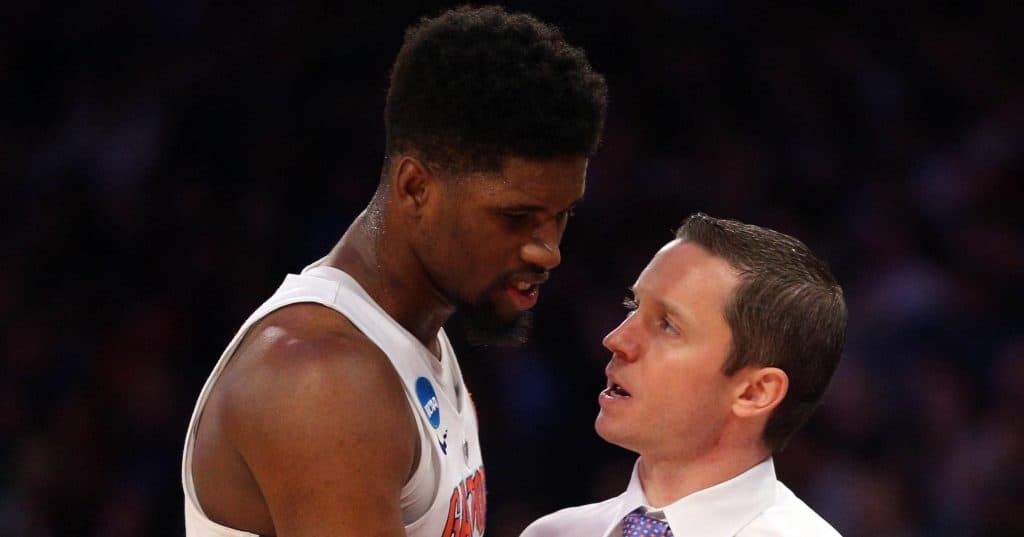 No doubt it was an efficient approach as the following year the Gators reached the Elite 8. In that very season, after Egbunu’s injury, you also had much more space; but, which is the greatest memory you have of your sophomore year?
Definitely, all the way long the Tournament. It had been a rocky year for us, with several ups and downs. Nobody had really faith in us nor to reach the tournament neither to go through the first rounds. It was us against the rest of the world. I still remember the speech motivation coach White gave before our Sweet 16 match versus Wisconsin: He told us that ESPN had just spoken about 15 teams and the only team they hadn’t mentioned was Florida; we were there on ourselves and we could count only on our strengths to go through that path. It was a great speech that helped us to find the right motivation to win that match and go even further.

Tell me about those 67 blocks for two seasons in a row: that’s impressive! Did you train this fundamental in a particular way or is it only a matter of instinct?
Sure you can train your quickness, explosiveness and the way you take the ground, but mainly it is a pure matter of instinct and I am lucky enough to have a lot of it. I try to be aware of where my opponent is, to be active and ready to control whoever is entering the paint. But I couldn’t have reached this record without my teammates who also created the best conditions for me to be in the right position to block so many balls.

Which is your best block so far?
My favorite kind of block is blocking dunks. It’s like a rush! But maybe it is also the fear to be dunked on your head, that is further worst!

Which is the worst block you’ve ever suffered?
Getting dunked on your head while you’re trying to block it!

Which is the best victory as a Gator player? The one versus LSU last year in the conference tournament or the one versus Virginia in the second round of the NCAA tournament in 2017?
I would say the one versus Virginia. It was a sort of a clash between two of the best defenses of the league (with the Gators at 11th and the Cavaliers at 3rd) and everybody wanted to know which team would prevail. It was a close match in the 1st half and it was a real duel in the backcourt with a great amount of block, steals and it was a fun match to play.

Are you still following your college team? Which are the real chances of this group? Can they advance to the NCAA tournament?
Yes a little bit. It is a very young team this year. I know that they had a rush star and that they have a great potential. They have to figure it out by themselves how to use it. I am sure they will have their chances both in the conference and the NCAA tournament. But it is difficult to make any prediction as in the NCAA nothing is written. In the SEC there are some interesting teams as Auburn: I haven’t watched them play yet but I know that they have a very positive record and they have a real chance to get to the Final 4.

Let’s focus on you. On court you are a real leader, especially vocally. Where does this attitude come from? Can it be related to your mother, as she was a military?
I would say it is a combination from my mother’s and my legal guardian’s teachings (Julie Ulmer, coach Ulmer’s wife, who raised Hayes for nearly four years while his mother was deployed). Well, my mom taught me confident, to love who I am and therefore I found myself really outspoken as I am not afraid of telling what I think or what need to be said when things are wrong. Julie, instead, urged me to run for class president and to do that I was put in a position where I had to stand and speak in public. It took a while to learn how to do that, but it turned useful on court. 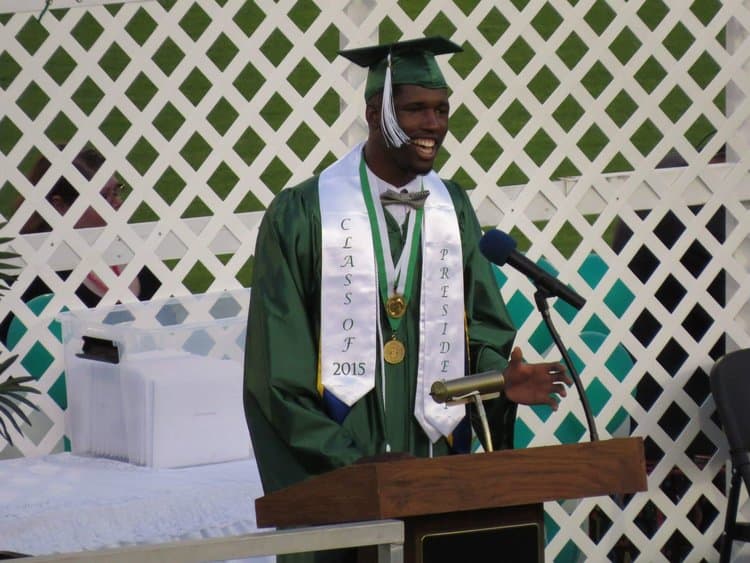 In many interviews you said you have a special connection to her. Which is the greatest advise she has given to you? Which are the values she transmitted to you?
There isn’t a specific thing she told me but my greatest inspiration is the person she is. (Hayes’ voice breaks a little). They were rough times for us while I was young and she did everything she could to put me in a position where I could play basketball, go to college and have a future. Without her hard work, nothing of this – being in Italy and playing overseas professionally – would be possibile for me. She set a great example for me: If you work hard and give the best of you, great things will come, and I want to follow it. 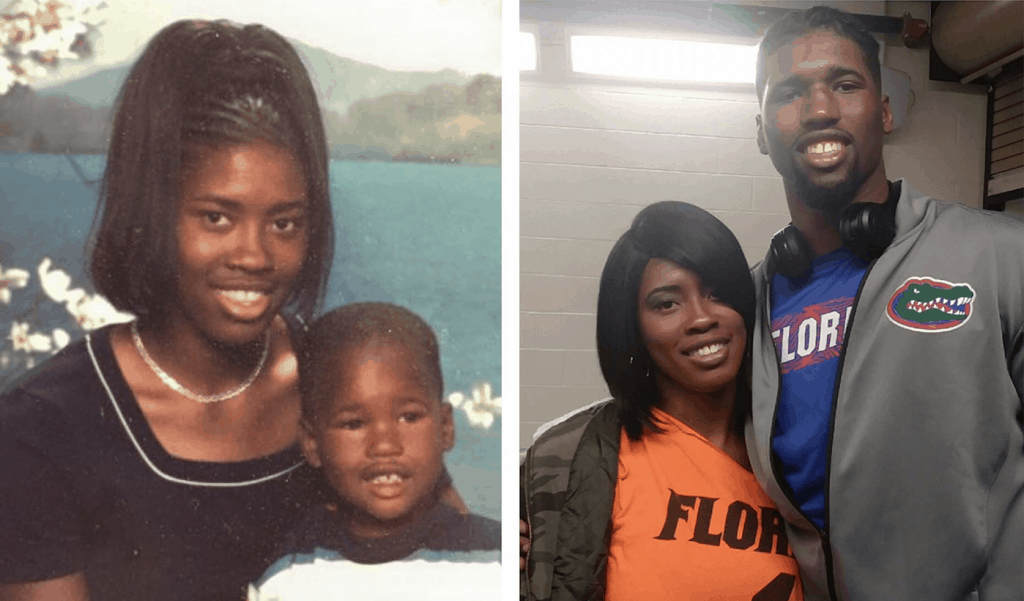 Hayes with his mother Verrice

On court you are known to be a tough player, but with a great heart off-court. Tell us something about your commitment to help children. I know that is was a great priority of yours also in your college years.
Julie introduced me to volunteering around the community. Her family helped me when I needed the most and so I am very driven towards helping those who are less fortunate. I know what it means. I had a lot of opportunity to do that especially with kids with special needs: I feel very close to them as I have a cousin with special needs and I want to help whenever I can. A smile on their faces means the world to me.

But let’s go back to basketball. After you went undraffed you chose to come to play here in Europe. Why did you chose Cantù, eventually?
I thought that Pallacanestro Cantù, being in the first division of the Italian League, was a great starting point for my professional career. I felt like it was the right place to develop as player as the league is very competitive.

What did you like of coach Pancotto’s program and vision?
Like coach White, I felt that he would be a coach who is very passionate of the game, who really care how we do as player; I loved his enthusiasm and obviously I liked his idea on intensity on court. He talks a lot to his player and tries to explain what he wants on court from each of them in a very detailed way: I really like this approach.

In these last matches, Cantù defeated top teams such as Olimpia Milano, but which was the greatest victory for you? Which one has given you most satisfaction?
Indeed the victory on Milan. Our supporters were so excited about it: It was unimaginable for me to see how high they went after the match. The passion they showed after that victory was amazing: It was as we actually won the championship or something (he laughs).

Let’s close with a curiosity. I read that that your favorite superhero is superman: Why?
When I was in high school, my teammates used to call me “Spidey”, but he wasn’t him my favorite superhero. I think Superman is the best of the best: he is unbeatable but at the same time he stays humble. In his story he choses to do the right thing instead of purchasing glory. I think that this is a very powerful message. 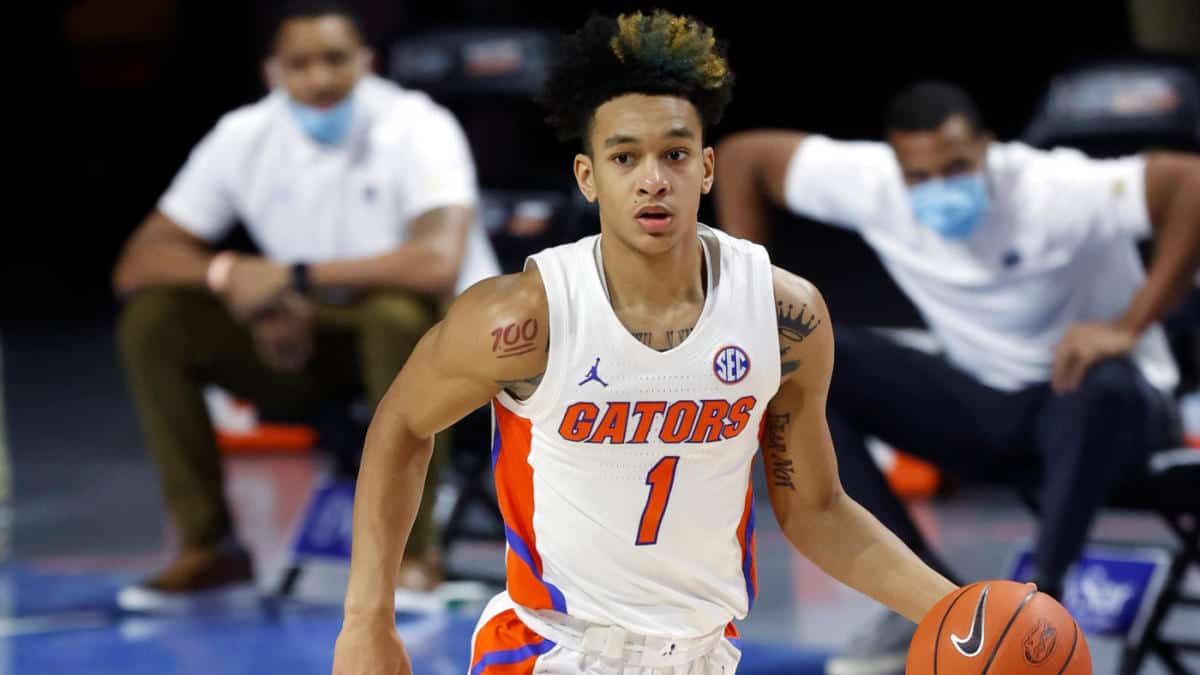 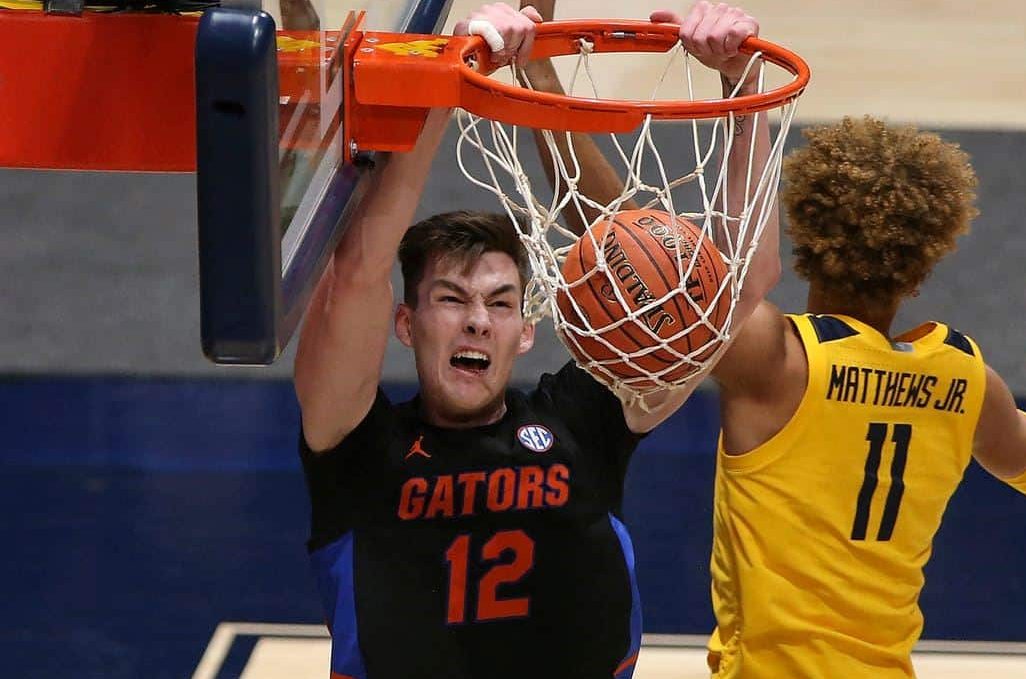 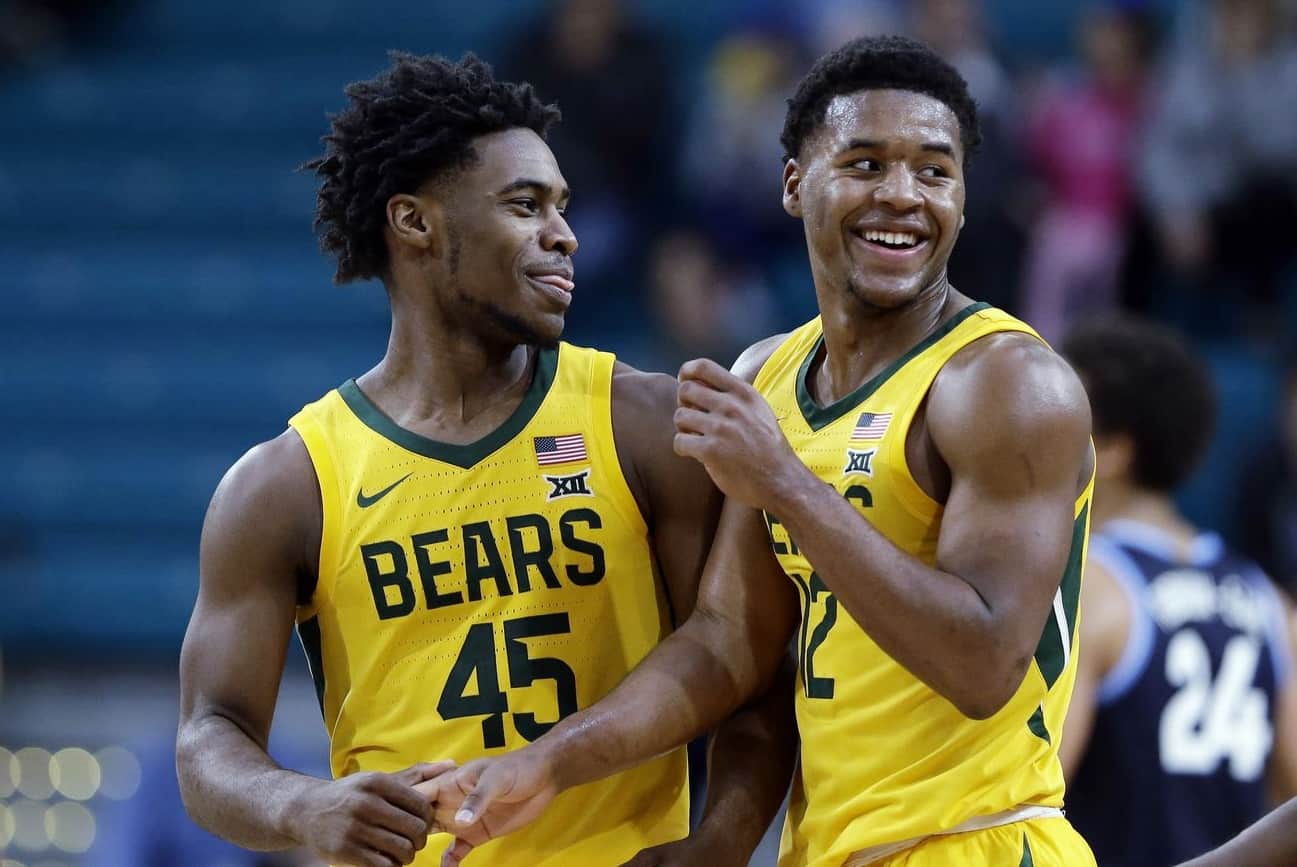 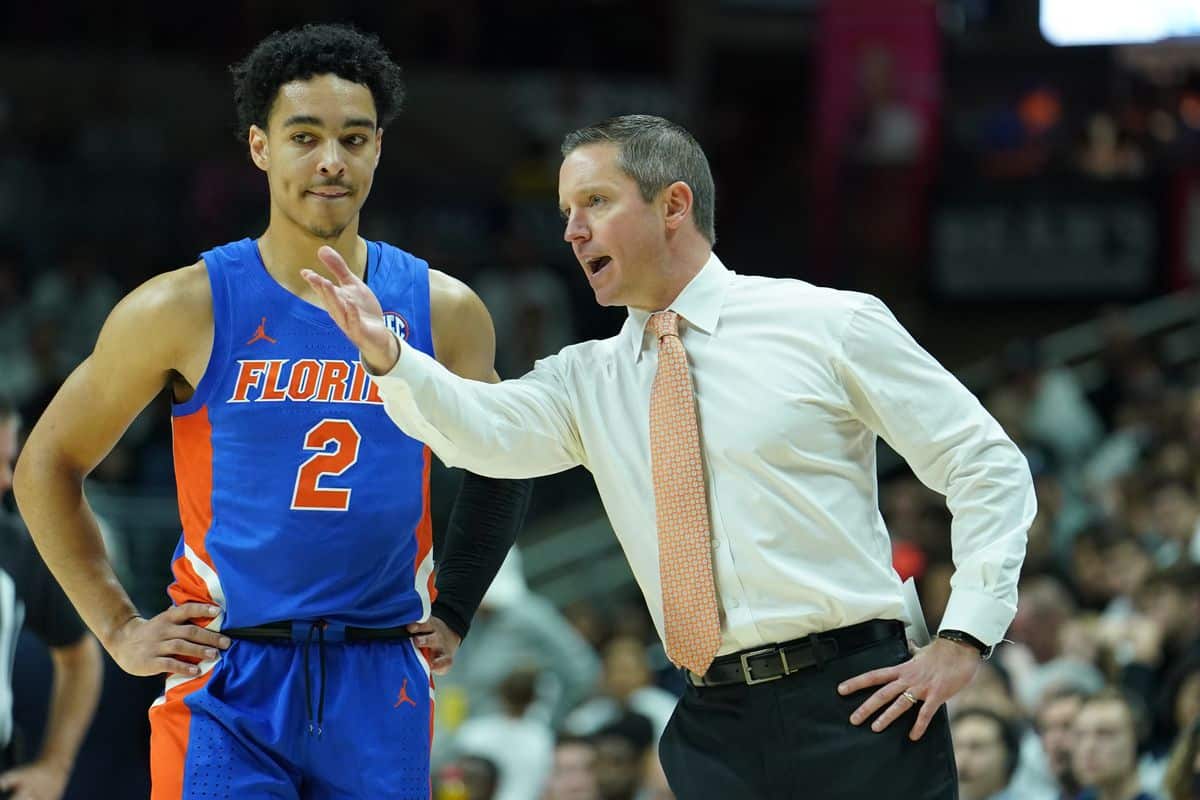